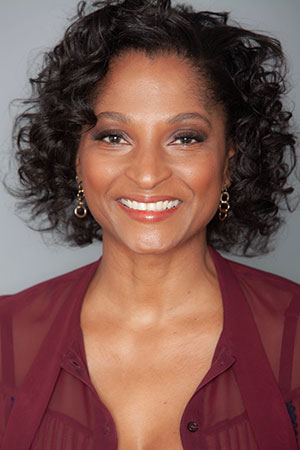 Adrianne C. Smith is the founder and visionary of the Can: Diversity Collective, a non-profit organization created to provide access and exposure to young people of color and under-represented communities to global thought leadership conferences on advertising, marketing, creativity, economics, innovation and technology. In 2017, she launched the first iteration of the Diversity Collective, the Cannes Can: Diversity Collective (CC:DC) which provides rising stars in the advertising and creative industry the opportunity to attend and participate in the Cannes Lions International Festival of Creativity. In 2019, she made history by creating the first stand-alone Equality, Diversity and Inclusion Beach in the festival’s 66 years of existence. Cannes Lions is where the best creative work in the world is judged to the highest standards.

With more than 20+ years of industry and advocacy experience, including her work as the Executive Director of the Center for Excellence in Advertising at Howard University, Adrianne has helped many individuals achieve their personal career goals and organizations achieve their strategic corporate goals. Her training and development programs were the catalyst for the success of several advertising executives. Graduates trained in her program have received numerous awards and accolades including Cannes Lion awards.

Adrianne’s career has been primarily based on making the invisible visible by creating opportunities for under-represented communities. She has created and produced both documentaries and television programs as well as participated on the launch team for a digital sub-television network. In addition to her advocacy work, Adrianne is the founder of Vision Corps Media Group (VCMG), a media incubation company developed to create new content for current and emerging media outlets.