Get to know some of our College of Media students! Brynne Spears is a Class of 2022 (Winter) media and cinema studies major.

What excited you about majoring in media and cinema studies here at Illinois?
I was originally a communications major, but I realized that I was really interested in film so I changed my major to media and cinema studies. I really enjoyed the culture of the school when I became a student in the college. At the time of my application, I didn’t even realize it, but the University of Illinois College of Media was perfect for what I wanted to delve into, which was production of media. The classes are hands-on and the College of Media has plenty of resources for all of its Media students.

What is your career goal once you graduate from Illinois?
Once I graduate from UIUC, I want to pursue a career in film and television production. Specifically, becoming a producer for unscripted television because it has always been an interest of mine.

Which Media class do you feel has been most valuable to you and your major so far?
MACS 140: Smartphone Cinema was my favorite and most valuable experience starting in this major. It was my first hands-on experience in a production environment and class. I was able to get a better grasp and understanding of the different terminology and now I can look back on the projects I filmed by just using my phone!

What advice would you give to an undergraduate student majoring in media and cinema studies?
Meet more students who are majoring in the same thing as you! We have one of the smallest majors and it’s comforting to have people who you can relate to, have group chats with, or even be in the same club with. You start to build friendships and almost family-like relationships, so go out and find them because they’re probably looking for you too! 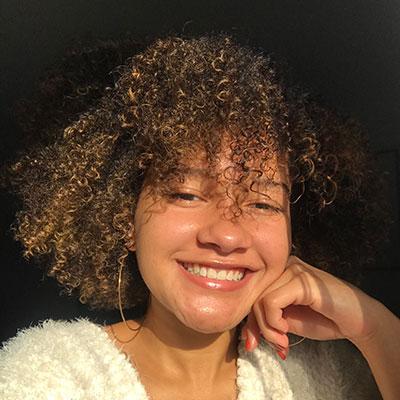