Get to know some of our College of Media students! Jackson Janes is a Class of 2023 journalism major. Jackson and his roommates Jack Joshi (aerospace engineering) and Adam Aaronson (computer science), co-wrote a crossword puzzle that was published in the New York Times on February 8, 2022. Jackson is also The Daily Illini sports editor for Spring 2022.

Why did you choose journalism?
I played sports all my life. I grew up watching SportsCenter on ESPN and I was like, it would be so cool to do that eventually. I don’t know if I want to be on TV at SportsCenter, but to help contribute to that in some way. When I stopped playing sports, I realized that sports journalism was kind of the next route that I wanted to go.

Which Media class has been most valuable to you so far?
Honestly, I think any of the introductory courses—like JOUR 200: Introduction to Journalism—classes that teach you the basics are huge. JOUR 210: Newsgathering Across Platforms was another big one. I feel like those two are the big ones in terms of what I want to do, more of the written stuff.

I wrote for my high school newspaper for a year, but I know a lot of people don’t have the opportunity or resources in high school. So having an introductory class at the college level that helps you learn all the basics, that helps lay the groundwork for all future classes, is good.

During my freshman year, my friends, Adam Aaronson and Jack Joshi, got me into constructing crossword puzzles. We found ourselves creating several crosswords and we often solved crosswords together. As a group, we decided we were going to create a crossword puzzle for the New York Times, as one of my friends had experience with this. We first came up with a theme, created a grid, and developed the clues for each word. Creating the puzzle itself took several hours.

What would you recommend to other students trying to gain similar experiences?
Honestly, just go for it. I would give this advice to any other Media student, never shy away from something because you think it’s too difficult. Don’t doubt yourself, and the worst thing that someone can say is no. Rejection is okay! So being willing to give different things a try. I never thought I would end up getting one of my crossword puzzles published in the New York Times!

What are your career goals?
I still want to go into sports journalism right now. My end goal would be to work for ESPN because that’s what I’ve always wanted to do. But also, just being a beat reporter for a newspaper or a big newspaper like Chicago Tribune, Chicago Sun-Times, even like New York, D.C. I mean, really, any big city newspaper to be a beat reporter for a professional team would be really cool. 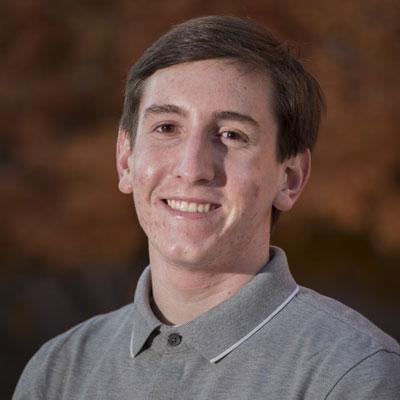