Background
Professor Jay Rosenstein is a recipient of a 2010 Peabody Award, the highest and most prestigious award in the nation for electronic media, for his documentary “The Lord is Not On Trial Here Today”. He is a Peabody and Emmy Award winning independent documentary writer, producer, director, and editor whose documentaries have been seen on the national PBS series “P.O.V.”, the national PBS series “Independent Lens”, the Independent Film Channel, and the Maori Channel of New Zealand, as well as at film festivals worldwide including the Sundance Film Festival. His work has been broadcast on the “ABC World News Tonite with Peter Jennings”, HBO, ESPN, the “McNeil-Lehrer News Hour”, and “Nick News on the Nickelodeon Channel”.

In addition to a Peabody Award, his documentary “The Lord Is Not On Trial Here Today” (2010), about the landmark First Amendment case that started the separation of church and state in public schools, won the Silver Gavel Award from the American Bar Association as the best television program in 2010 for fostering the American public’s understanding of the law. The documentary also received two Emmy awards, for best Historical Documentary and Best Writing, both in the Mid-America region, a Gracie Award from the Alliance for Women in Media, a CINE Golden Eagle, a Bronze Telly, and the Broadcast Education Association’s Best of Competition Award in the Faculty Long-Form Documentary category. The documentary was first broadcast on PBS in May of 2011, and so far has had more than 660 broadcasts on 188 PBS channels nationwide.

Professor Rosenstein’s previous work includes the documentaries “The Amasong Chorus: Singing Out”, which aired on “Independent Lens” and won a Documentary Award of Excellence from the Broadcast Education Association and a CINE Golden Eagle; and “Erased”, which premiered at the Sundance Film Festival in 2001, won a Special Jury Award at the Ann Arbor film festival, and screened at the South by Southwest, the Full Frame, and the Roger Ebert Film Festivals among others. He is also the only University of Illinois faculty member ever to have had a film screened at Ebertfest, the Roger Ebert Film Festival, which he did in 2001.

His best-known documentary, the groundbreaking “In Whose Honor? American Indian Mascots in Sports” (1997), aired nationally on the PBS series “P.O.V.” , and in addition to winning several awards, was recognized by the Columbia University Graduate School of Journalism as one of the most outstanding programs on race in American television in 1997-1998. “In Whose Honor?” is well-recognized as a classic example of the impact of a social issue documentary film, the film having played a major role in the National Collegiate Athletic Association’s adoption of the unprecedented policy of penalizing its member schools who continue to use American Indian mascots and logos, a policy that resulted in all but a handful of schools permanently dropping their mascots. “In Whose Honor?” has directly led to the elimination of American Indian mascots, nicknames, and logos at schools at every level nationwide, as well as the adoption of policies similar to the NCAA’s by school boards in several states. Professor Rosenstein is recognized as an expert on the subject of American Indian mascots in sports, and has frequently appeared in the media on the subject.

Professor Rosenstein has received grants from the National Endowment for the Arts, the Independent Television Service (twice), the Paul Robeson Fund for Independent Media, the Illinois Humanities Council, and the Illinois Arts Council. He lives in Champaign, Illinois with his two daughters, where he is a Professor in the College of Media at the University of Illinois, Urbana. His website is jayrosenstein.com. His documentaries are distributed by New Day Films. 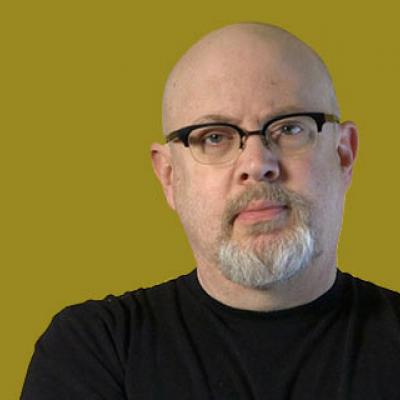