Dr. Melita M. Garza, an associate professor in Texas Christian University's Department of Journalism, will discuss the forthcoming Routledge Companion to American Journalism History, a volume that re-imagines American journalism history across forms, formats, and voices. Aiming to rightsize and re-conceptualize the field, this volume investigates journalism’s past across multiple fault lines, including gender, ethnicity, race, and citizenship status, highlighting areas of journalism history that need further treatment. In sum, this book is an inclusive effort that recognizes that journalism history is more than major metropolitan newspapers, network broadcasts, and “big men” (and a few “big women”) in history. In so doing, it seeks to put all of “American” journalism on a level playing field.

Sponsored by the Department of Journalism. 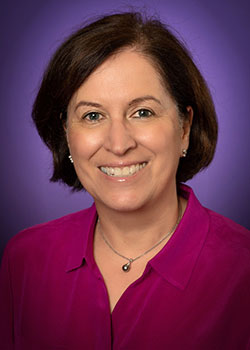 Melita M. Garza is an American journalism historian who studies news as an agent of democracy, specializing in English- and Spanish-language news, the immigrant press, and coverage of underrepresented groups. Garza, an associate professor at TCU’s Bob Schieffer College of Communication in Fort Worth, is the author of the award-winning They Came to Toil: Newspaper Representations of Mexicans and Immigrants in the Great Depression (University of Texas Press, 2018). They Came to Toil examines English- and Spanish-language news coverage of immigrants during the nation’s longest economic downturn. Her work has been published in Journalism History, American Journalism, and the Howard Journal of Communications. She earned a Ph.D. from the University of North Carolina at Chapel Hill in 2012 after two decades reporting for the Chicago Tribune, Bloomberg News, and the Los Angeles Times. She also holds an MBA from the University of Chicago and an A.B. from Harvard University. Dr. Garza teaches journalism history, media literacy, business journalism, diversity and the media, as well as teaching in the Honors College. She is a founding faculty member of TCU’s department of Comparative Race and Ethnic Studies and an affiliate of the Department of Women and Gender Studies.