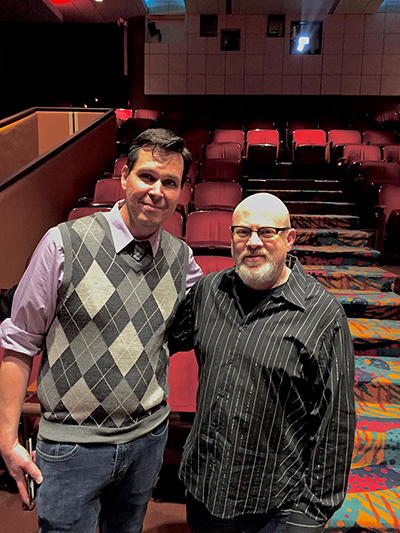 Jay Rosenstein, professor of media and cinema studies, was invited to be a panelist at the screening of More Than a Word, which analyzes the Washington football team name. The event was hosted by Illinois State University on Saturday, March 2, at Normal Theater.

"Using interviews from both those in favor of changing the name and those against, More Than A Word presents a deeper analysis of the many issues surrounding the Washington team name," according to the documentary's website. "The documentary also examines the history of Native American cultural appropriation." Learn more about More Than a Word.

Rosenstein (right) is pictured with co-director of the film Kenn Little, a Standing Rock Sioux. Other panelists included professors from ISU and Illinois Wesleyan.

Rosenstein is producer and director of the film In Whose Honor?, a documentary about American Indian mascots in sports. 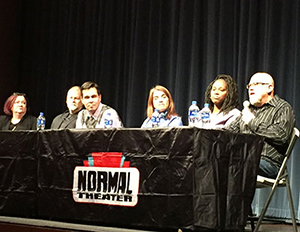