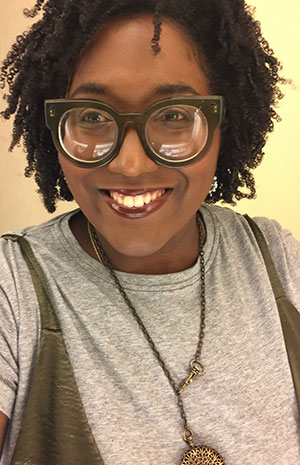 Samantha N. Sheppard is the Mary Armstrong Meduski ’80 Assistant Professor in the Department of Performing and Media Arts at Cornell University.

She writes extensively on issues of race, gender, and representation in cinema and media. She is the author of the forthcoming book Sporting Blackness: Race, Embodiment, and Critical Muscle Memory on Screen (University of California Press, 2020). She is coeditor of the anthologies From Madea to Media Mogul: Theorizing Tyler Perry (University Press of Mississippi, 2016) and Sporting Realities: Critical Readings on the Sports Documentary (University of Nebraska Press, 2020). She has published essays in Film Quarterly, Cinema Journal, Journal of Sport History, Journal of Sport and Social Issues, and Black Camera: An International Journal and the anthologies L.A. Rebellion: Creating a New Black Cinema (University of California Press, 2015) and Race and the Revolutionary Impulse in The Spook Who Sat by the Door (Indiana University Press, 2018). She has also written for The Atlantic and Los Angeles Review of Books.