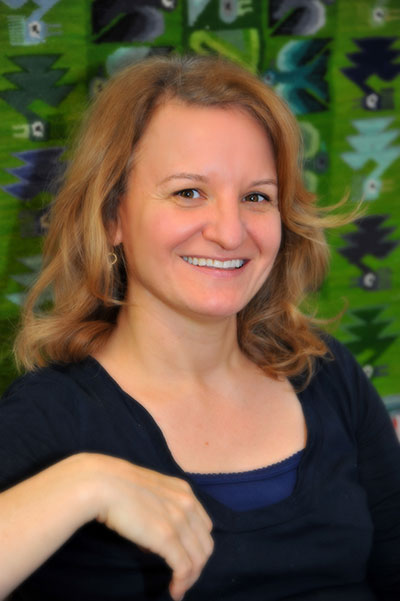 Julie Turnock, associate professor of media and cinema studies, has been appointed to serve as the inaugural director of the Roger Ebert Center for Film Studies, which officially launches this fall.

“The College of Media is eager to celebrate Roger Ebert’s legacy through this new center that will engage scholars, students, and movie fans alike in robust conversations about film,” said Dean Tracy Sulkin. “I look forward to the energy and insight that Professor Turnock will bring to the director role.”

“I'm excited to help the center bring both more awareness of cinema and cinema studies to the campus, as well as the opportunity to bring more film-centered programming,” Turnock said.

As part of her appointment, Turnock will coordinate event programming, including the Ebert Symposium, Ebert Lecture, and a screening series; Ebert research grants and travel grants for film studies; and the Ebert Fellows Program for undergraduate students.

The first event Turnock is planning is the annual Ebert Lecture for mid-fall, which will feature a scholar of film studies.

“We will invite a prominent speaker and hopefully also have a screening, both of which will be open to the public,” she said.

Turnock’s research focuses on film, with an emphasis on special/visual effects, and she coordinates the film studies curriculum.

“I never met Roger Ebert, but like many people around my age, I watched the TV program Siskel and Ebert at the Movies religiously every week,” Turnock said. “Even though most of the films they reviewed weren’t playing in my northern Indiana town, it was an exposure to a wide variety of movies that I might eventually be able to rent at the video store.”

Turnock served as acting head of the Department of Media & Cinema Studies during academic year 2019-2020. At the 2019 Chaz & Roger Ebert Symposium, she moderated a panel discussion on diversity in film. She is the author of The Empire of Effects: Industrial Light and Magic and the Rendering of Realism (University of Texas Press, 2022) and Plastic Reality: Special Effects, Technology, and the Emergence of 1970s Blockbuster Aesthetics (Columbia University Press, 2015).