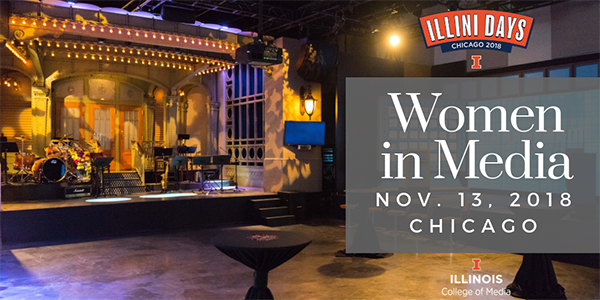 As part of Illini Days in Chicago, the College of Media invites you to attend a panel featuring University of Illinois alumnae working in media and a journalism faculty member, moderated by Niala Boodhoo, host of Illinois Public Media’s The 21st.

“Women in Media” will be held on Tuesday, Nov. 13., 6-8 p.m., at the Museum of Broadcast Communications, followed by a self-guided exploration of a Saturday Night Live set exhibit. Registration is $20; reserve your spot online.

After our panel, you can walk through the museum’s SNL exhibit, which includes a couch from the Wayne’s World set; the Church Lady chair; the Weekend Update news desk; Jeopardy! set; artifacts such as scripts, costumes, and notes from hosts; and a control room for the show. Our panel will be situated on the SNL stage.

Learn more about our participants:

Moderator Niala Boodhoo (@NialaBoodhoo) is host and executive producer of Illinois Public Media's statewide radio talk show, The 21st. Previously a business reporter for the Miami Herald and Chicago Public Media, she hosted WBEZ's mid-day talk show, The Afternoon Shift, before joining WILL in Urbana. Boodhoo also served as the Vice President for Broadcast of the Asian American Journalists Association from 2012 to 2016.

Susie An (@soosieon) is a reporter for WBEZ's news desk, and produces content for daily newscasts and WBEZ's website. She also anchors, occasionally, delivering news on WBEZ. She directed WBEZ's Schools on the Line monthly call-in show. Her work has also been heard on NPR, CBC, and BBC. Susie joined WBEZ as a news desk intern in September 2007. Prior to joining WBEZ, Susie worked at the Peoria Journal Star newspaper and worked as an acquisitions editor for Publications International, Ltd. 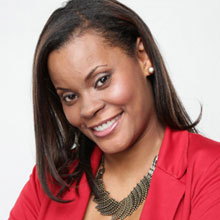 Geneen Harston (@GeneenHarston) is a multimedia professional with experience in television, radio and digital production and content management. She’s a veteran of Oprah Radio, The Oprah Winfrey Show, FM News Chicago, WVON-AM, CBS Radio/WBBM, Newsradio 780, and CLTV. At the digital audio startup Rivet Radio, she develops and supports media partnerships and collaborations for the station. Also, as the head of news, Geneen helped to launch a newsroom and then led the team to win two national Edward R. Murrow Awards. She is a strategically savvy media guru known for being able to keep the vision in focus, even in the midst of chaos. 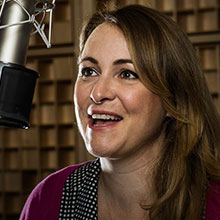 Kelly McEvers (@kellymcevers) is the host of Embedded, NPR's podcast that takes stories from the news and goes deeper. The show has dug into members of the Trump administration's pasts, reported additional stories behind police shootings caught on video, and visited a town ravaged by the opioid epidemic. McEvers was previously a co-host of All Things Considered, NPR's award-winning afternoon newsmagazine. Before that, she ran NPR's Beirut bureau, where she earned a Peabody Award, an Alfred I. duPont-Columbia Award, a Gracie Award, and an Overseas Press Club mention for her 2012 coverage of the Syrian conflict. 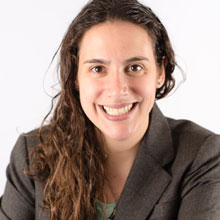 Nikki Usher (@nikkiusher), associate professor of journalism at Illinois and at the School of Media and Public Affairs at George Washington University, studies new media, new technology, journalism, and social media. She is interested in the changes in journalism in the digital age within legacy newsrooms and in non-traditional journalism. She looks at the intersection between technology and journalism, particularly analytics and news production, programmers and journalists, research and development, news and innovation and news start-ups. 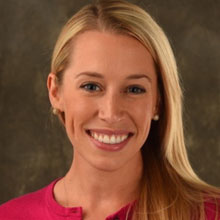 Carol (Mayer) Voronyak (@carolvoronyak) is the director of talent recruitment and negotiations at ESPN. She is in her 15th year with the company and current responsibilities include: providing feedback to on-air talent, working with talent and agents to negotiate contract terms, hiring and retaining top candidates, and managing the talent budget across all media platforms of ESPN. Voronyak is a 2004 graduate of Illinois where she earned her BS in journalism and played varsity golf. She lives with her husband, Nate, and their two small children in Lincoln Park. 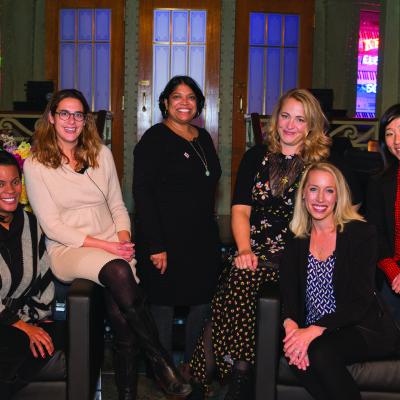