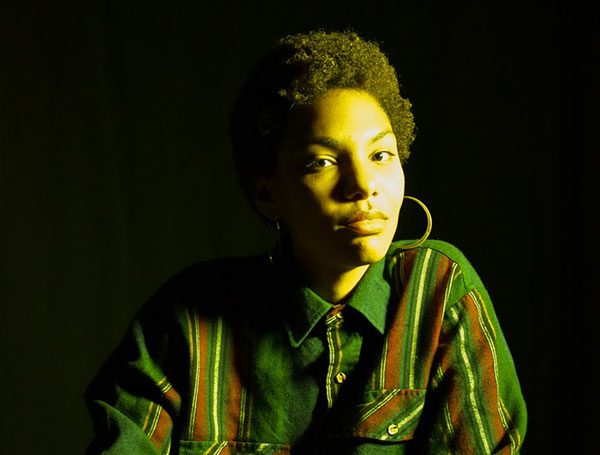 Adia Ivey (BS ’19, media and cinema studies) has spent her time since graduation developing MANIFOLD, an experimental anthology docuseries that tells the underrepresented stories of “everyday people we meet in our lives but haven’t had the chance to get to know better” from the Black LGBTQIA+ community. The idea originated while she was a student.

“From Boystown to Bronzeville, protests to nightclubs, and mothers to activists, each episode features a different protagonist, is produced by a different Chicago filmmaker, and explores a new theme relating to Black and LGBTQ identity,” Ivey said.

“The series’ strength is in the number of voices and perspectives contributing to these stories. I don’t think it could be done any other way,” Ivey said.

Ivey said studying at the University of Illinois revealed to her the importance of determining the stories she’d like to share and her own artistic style.

“Being a Black queer woman in film lectures that have a majority of white students, and that often focuses on Western cinema can feel isolating, and it’s very easy to get lost in this and question the value of your own narrative,” she said. “I recall taking a course [called] Documenting Inequality my freshman year, which sparked my passion for film and documentary and inspired me to change my major [to media and cinema studies].”

Ivey said she enjoyed new production classes that the College of Media began to offer. “Those courses helped me to understand the fundamentals of video production and organizing productions.”

She also credits her experience studying abroad in 2018 for the Sunny Side of the Doc International Film Market in La Rochelle, France, which is offered as a class within the Department of Media & Cinema Studies. There, she learned the process of developing a pitch, what producers tend to look for, and the overall business of producing documentaries.

As an intern at Illinois Public Media, Ivey spent the fall semester developing a film proposal [that became MANIFOLD]. She also connected with one of her first protagonists, Imani McPhaden, who is featured in the episode “Motherhood,” which explores the experiences of two trans women in different stages of motherhood as they work to build family and community.

Ivey began to reach out to the artists she admired on Instagram to form a team of producers for MANIFOLD, including Kenyetta Johnson, Courtney Morison, Onyx Engobor, and Sierra Jay, with Michael Thomas working as the director of photography.

“We’re fortunate enough to have talented producers on the series who are connected with some incredible artists, activists, and community members with stories we’ve yet to see in media,” Ivey said. “As a filmmaker, I try to be intentional [in] connecting with other creatives in Chicago with similar passions and interests. But also, as an incredibly introverted person who wanted to find community after studying away from home for four years, I was also really excited to meet new people.”

Kenyetta Johnson is the producer of “Divinity,” which focuses on artists’ conversations about divinity, religion, spirituality, relationships with the church, and a lack thereof within their lives.

“Deconstructing and healing from religious/spiritual trauma is something that a lot of us have to go through as Black and Brown LGBTQ+ folks, so it is important for us to explore the many avenues and ways in which we can heal, learn, and grow,” Johnson said. “This ensemble uses their knowledge and placement in the arts industry to do that.”

Courtney Morison, producer of “Kin to Skin,” said asexuality is teased out in this episode, as some identities within the LGBTQIA+ community are often “left out of the conversation.”

“Intimacy encompasses a spectrum just like anything else, so this episode shows us what loving our community looks like in tough times, what sexuality can be for an asexual person, and how we find intimacy with ourselves,” Morison said.

“Inheritance” follows two brothers who are “re-introducing the current versions of themselves to each other” through an interview-style conversation. Sierra Jackson, the producer of this episode, hopes to “highlight the importance of growth, constant evolution, and genuine love between two brothers.” 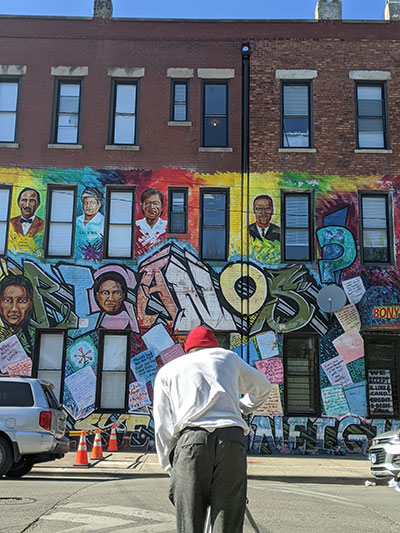 Michael Thomas, director of photography (pictured at right), said he hopes to learn how to be a better advocate and human for those who “look like me and share the same space I do, although our creeds may differ. I am a heterosexual who is looking to the protagonists featured and other LGBTQIA creative minds on the team to educate me and guide me through conversations and constructive criticism.”

The team is scheduled to complete the filming of MANIFOLD by the end of December, then shift to editing and post-production from January to May of 2021. From there, they are looking forward to submitting their project to festivals and looking for creative ways to share the series with the world.

“Beyond MANIFOLD, I look forward to continuing to share stories,” Ivey said. “I feel like creation and collaboration has been a crucial avenue for my growth—as an artist, but also just as someone who’s excited to learn more about the world they’re in.”