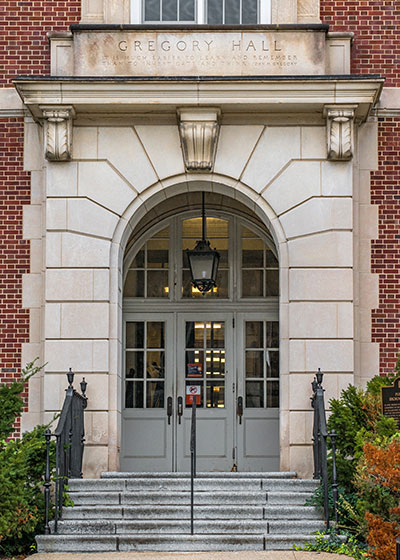 The College of Media is focused on the study and exploration of media—how to develop content that is informative, accurate, strategic, persuasive, entertaining, creative, targeted, and sharable through any media platform. We are student-centered in our approach to learning and scholarship. Our faculty are scholars and researchers exploring the impact of media and messaging.

College of Media alumni are journalists, editors, and producers with communications companies around the globe; they develop strategic advertising for agencies and corporations large and small; they teach in colleges and universities worldwide. Many return to the college to lecture in classes. They invite students into their companies as visitors, interns, and employees. Illinois connections run deep through the industries we serve.

The college is home to Illinois Public Media (WILL-AM-FM-TV-Online), the public broadcasting service of the University of Illinois. The community benefits from the high-quality news, information, and entertainment produced and provided by public media. Students benefit from working directly with experts in news gathering and production.

The College of Media at Illinois Department of Journalism was among the first programs accredited by the Accrediting Council on Education in Journalism and Mass Communications (ACEJMC). We are proud to be one of the 119 programs in journalism and mass communications that have received this designation.

Accreditation assures that our curriculum meets real-world needs and that our students are prepared for productive careers in the field. Professionals working in our industries set the standards used in evaluation. It is a weighty responsibility for the College of Media to uphold these standards—a responsibility we take seriously.

The College of Media is committed to meeting the evolving demands of an increasingly connected global society through agile media education, cutting-edge scholarship, and professional synergies, all devoted to facilitating enlightened public decision making; fair, accurate, balanced, and contextual representation of all groups in our society; and the preparation of a new generation of leadership in advertising, communications research, journalism, media and cinema studies, and public media.

In so doing, we recognize the centrality of media in a democratic society, contributing to a vibrant, participatory culture. In reaching our objectives, we are guided by the principles of collaboration, innovation, and creativity, as well as traditional values of communications in guiding students in the development of core competencies and proficiency with emergent media.

Journalism instruction began at the University of Illinois at Urbana-Champaign in 1902, when courses in journalistic writing were offered in the English department. By the early 1920s, students were identifying themselves as journalism majors even though such a degree was not formally offered. In April 1927, the Illinois Legislature passed a bill creating the University of Illinois School of Journalism, which included the Division of Broadcasting (WILL, now known as Illinois Public Media). The school’s first director was Lawrence W. Murphy ’23 BS AG, who served until 1939.

In 1959, the Department of Advertising—the first such academic department in the country—was established by Charles H. Sandage, known as the “father of advertising education.”

By 1963, the college had achieved its current academic scope when the Institute of Communications Research (founded in 1947) was transferred from the Graduate College. In 1968, it became the College of Communications.

A major in media studies was created in 1984 under Dean James W. Carey ’59 MS ADV, ’63 Ph.D. In 1992, Kim Rotzoll, former head of the Department of Advertising, succeeded Carey as dean.

Dr. Jan Slater ’93 MS ADV, former head of the Charles H. Sandage Department of Advertising, became interim dean in 2010, and was appointed dean of the college in 2013, serving through 2016. Dr. Wojtek Chodzko-Zajko, dean of the Graduate College, served as interim dean of the College of Media from 2016 through 2018.

Dr. Tracy Sulkin, a professor of political science, was appointed dean of the College of Media in September 2018 after serving as the college's interim executive associate dean.