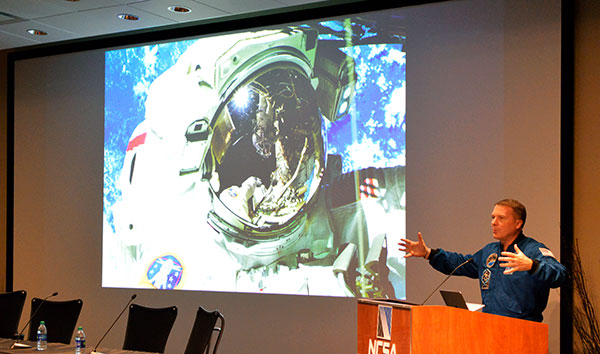 ABOUT THE ROGER EBERT CENTER FOR FILM STUDIES

The Roger Ebert Center for Film Studies officially launched in 2022 thanks to gifts totaling more than $5 million from a collection of donors—inspired by a lead gift from Roger and Chaz Ebert. The Ebert Center will offer robust annual programming, including the Ebert Symposium, Ebert Lecture, and a screening series. It will also support Ebert research grants and travel grants for film studies as well as the long-running Ebert Fellows Program, which selects three undergraduate students per year for an in-depth experiential learning opportunity. Learn more.

For more information about the Roger Ebert Center for Film Studies, please contact Julie Turnock, director and associate professor of media and cinema studies, at jturnock@illinois.edu.

(Pictured above: The inaugural Ebert Symposium in 2018 addressed "Empathy for the Universe: Storytelling and Data Visualization,” featuring former astronaut Terry Virts talking about his role in shooting the IMAX film A Beautiful Planet.) 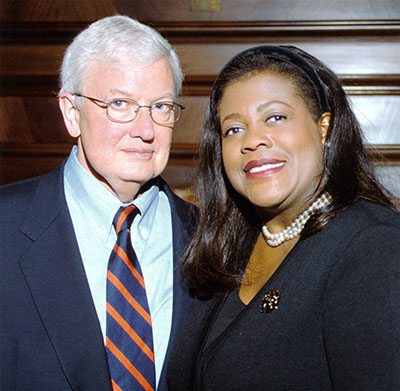 The famed Roger Ebert, who died in 2013, was an Urbana native, a University of Illinois journalism alumnus (BS ’64), a longtime film critic for the Chicago Sun-Times, and co-host of numerous televised movie review shows. He was the first film critic to win a Pulitzer Prize and the first film critic honored with a star on the Hollywood Walk of Fame.

When the Eberts established the endowment for the center in 2009, Roger said: “The University of Illinois is deep in my heart as a great institution. It informed and enriched me. Although there were no film courses when I was an undergraduate, it nevertheless guided me in my lifelong love of film.”

If you wish to contribute to the center, you can give online and select “Roger Ebert Center for Film Studies” under Champion Innovation in Media Research & Collaborations.