Richard and Leslie Frank Center for Leadership and Innovation in Media 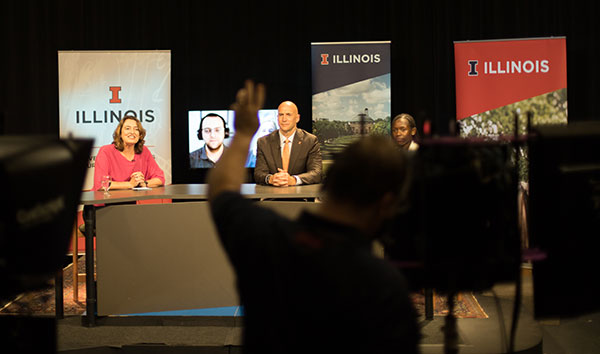 Established in 2020, the Richard and Leslie Frank Center for Leadership and Innovation in Media will develop students who are leaders in their professions by offering access to a diverse group of experts and practitioners through residencies and a speaker series, and by supporting outside learning opportunities such as professional immersion experiences, conference participation, and internships. The Frank Center will also enhance opportunities for the College of Media to engage with the public on pressing issues.

A portion of the Franks’ gift will be used to create a state-of-the-art broadcast facility within Richmond Studio with renovations beginning Spring 2023. Additionally, their gift created two classrooms in Gregory Hall to accommodate the use of new technologies and to offer space for media editing and production.

For more information about the Frank Center for Leadership and Innovation in Media, please contact Colleen King, director and clinical assistant professor of journalism, at cck@illinois.edu.

Rich Frank, former president of Disney Studios, and Leslie (Miller) Frank, an Emmy award-winning broadcast journalist, both now vintners and hospitality leaders in Napa Valley, wanted to make an investment in the University of Illinois that would have an impact for generations.

“We are encouraged our contribution will help create the highest level of learning for the next generation of journalists and that we are able to play a part in elevating the stature of the program at Illinois, making it a top destination for students and faculty,” said Rich and Leslie Frank.

Learn more about Rich and Leslie Frank and their historic $7.5 million gift to the College of Media. 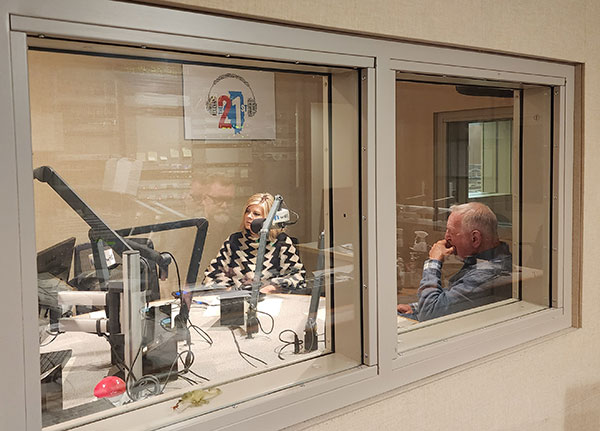 Hear an interview with the Franks on Illinois Public Media's The 21st Show, aired October 13, 2022.

Richard and Leslie Frank also spoke with the student-produced broadcast UI7 Live in advance of the October 13 panel "Reporting on Politics and Elections in 2022." Watch the segment:

The Frank Center for Leadership and Innovation in Media Presents: A Panel on Sports and Social Media
September 2021

From Naomi Osaka announcing her French Open exit on Instagram to the viral video of Illini gymnast Evan Manivong brandishing his vaccination card, how social media platforms enable and shape interactions among athletes, sports teams, fans, brands, and others is increasingly clear. This panel will consider issues where social media and sports interact. Panelists included:

Learn more about the virtual kick-off event for the Frank Center.