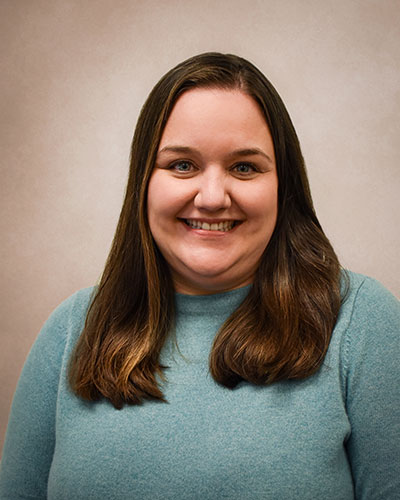 After a successful run as the executive producer for MSNBC’s The 11th Hour with Brian Williams, Colleen King decided to shift her career focus from broadcast TV news to education, pursuing her master’s in journalism and mass communication.

Her new path has led her to become the inaugural director of the Richard and Leslie Frank Center for Leadership and Innovation in Media and a clinical assistant professor of journalism.

King, who joined the College of Media in February, looks forward to providing students with “front-row seats” to professional journalism today as programming ramps up at the Frank Center.

She hopes that students will be able to hear from high-profile speakers, get connected with internship opportunities, and learn from professionals directly through panels, workshops, and symposia.

“I want to fulfill the Franks’ mission of making Illinois a top choice for all future journalists and I want every media professional to think of UIUC graduates as the best potential talent for their newsrooms,” King said.

King, who spent 17 years at news outlets from CBS News to Fox News, has produced political news about such high-profile events as presidential elections, inaugurations, and Supreme Court nominations, as well as other national news stories such as the Parkland, Florida, school shooting and several devastating hurricanes.

During her time at The 11th Hour, King helped the show transform from what was supposed to be a six-week, half-hour news digest to a permanent full-hour program that became the number one rated cable newscast in the 11 p.m. time slot.

“I loved my time in television and I am so proud of all of the time and effort I put into that work,” she said. “Some of my most rewarding moments in journalism were working with younger team members and staffers and watching them learn and develop skills that helped them rise through the ranks in journalism, so [the transition] was a natural progression for me,” she added.

After leaving MSNBC in 2019, King earned her master’s degree from Kent State University, concentrating on journalism education. That time allowed her to consider how to apply her newsroom skills in the classroom.

“I can [provide] students with my firsthand experience of being in multiple newsrooms for all hours of the day and all days of the week covering a range of stories,” King said. “I’ve experienced firsthand what they’ll be walking into and I hope that my knowledge and skills can be an asset for them—both in learning how to navigate their roles in journalism and introducing them to professional opportunities that can help them develop their own career paths.”

This semester, King is teaching JOUR 494: Navigating the Job Market. She feels that it is the perfect way to begin her career in education and she is excited to equip and prepare students for their own journalism careers.

“It’s incredibly inspiring to be surrounded by student journalists because they have the drive and passion that makes us remember why we got into this business,” King said.

Students can look forward to more Frank Center programming later this spring. Past panel discussions can be viewed on YouTube: