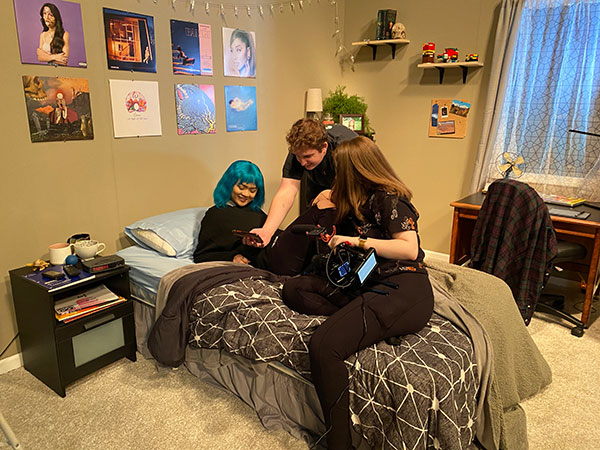 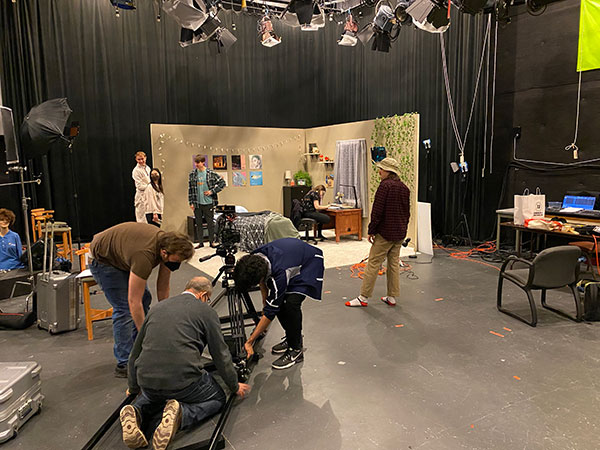 The class, led by Victor Font, lecturer in media and cinema studies, built a dorm room set at Illinois Public Media in March and began filming just before spring break. 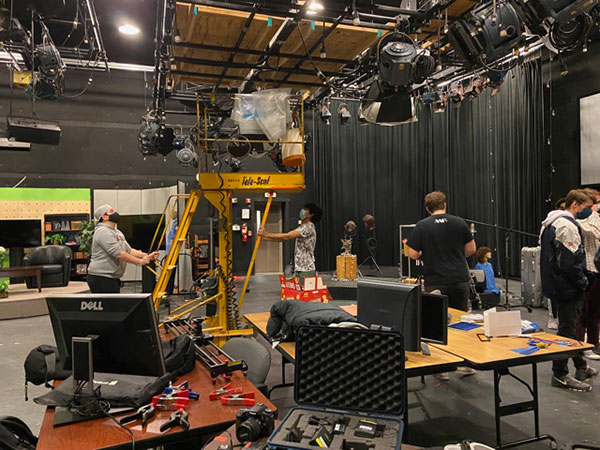 Students work on pre-lighting while others work on set decoration at the studio. 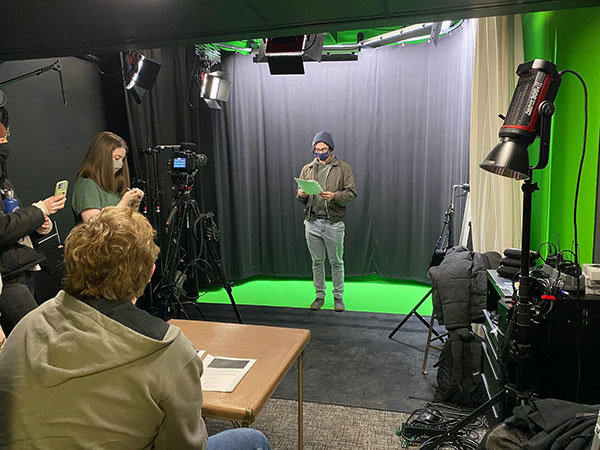 In February, students held auditions for the film in the new production studio in the basement of Gregory Hall.