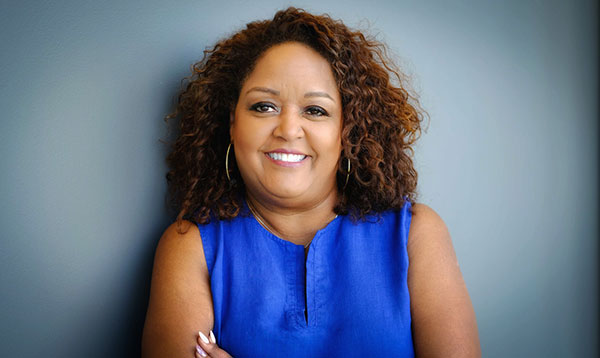 Cheryl W. Thompson (BS ’82, LAS; MS ’84, journalism), an investigative correspondent for NPR and a 22-year veteran of The Washington Post, was re-elected for a second term as president of Investigative Reporters and Editors. In 2018, Thompson became the first African American president of IRE.

“It was an honor, because one of the things we're missing in journalism, particularly in investigative journalism, is diversity,” said Thompson, who joined the IRE board in 2015.

This year, more than half of Thompson’s 21 appointees to the IRE board committees are people of color, progress that she hopes will continue.

“I've worked really hard to make diversity more of a talking point, but like, [let’s] stop talking about it and let’s just do it,” Thompson said. “We need to make not only IRE, but journalism, look like the fabric of this country. And it does not look like that right now. I like to think that I played some small role during my time as president to improve those numbers.”

“I believe that journalists have to understand how things works to know whether they’re working,” she said.

Thompson has received numerous awards for her investigative reporting, including an Emmy, two shared Pulitzer Prizes, and three Salute to Excellence awards from the National Association of Black Journalists, one awarded in 2019 for a Washington Post Sunday Magazine story on the nearly 50-year-old unsolved murders of six little black girls in D.C.

She is an associate professor in the School of Media and Public Affairs at George Washington University, where she founded a chapter of the National Association of Black Journalists and serves as student advisor. She was named GW’s Honey Nashman Faculty Member of the Year in 2014, NABJ’s Educator of the Year in 2017 and the GW’s Staub Faculty Excellence Award winner in 2018.

Thompson said one of the investigations she’s most proud of is an examination into the University of Kansas Medical Center’s heart transplant program. She found that the hospital performed no heart transplants for 10 months, but kept admitting new patients and putting others on the waiting list, while also declining hearts for nonmedical reasons. The stories prompted a state investigation, a statewide audit, lawsuits, fines, and other action. Administrators resigned and the program shut down for 22 years—until 2017.

Another story of which she is most proud is a three-year investigation into a powerful Maryland politician, Jack B. Johnson. Her reporting with two colleagues found that he was doling out millions of dollars in contracts to his friends, golfing buddies and political supporters, misusing taxpayer credit cards, and other questionable things. He was charged with bribery and witness and evidence tampering, and sentenced to 87 months in prison.

“That was probably my investigative piece I'm most proud of because it again is about holding people accountable, and I’m a firm believer that you just can’t take advantage of people,” she said.

For students who land a job in the journalism industry after graduation, Thompson recommends finding a trustworthy and respected mentor at work, something she still does after 30 years in the industry. She cited the late University of Illinois journalism professor Bob Reid as one of her mentors in grad school.

“You need somebody who knows the politics of a place. Someone politically savvy; someone who is well respected among management. That’s what I would suggest.”