Justin Breen (BS '99, journalism), the founder/CEO of BrEpic Communications, LLC, won a Silver Trumpet award from the Publicity Club of Chicago at the 61st annual Golden Trumpet Awards competition on September 10. BrEpic has won a Golden or Silver Trumpet in all three years it has been in business.

The competition, which was held virtually, featured entries from the greater Chicagoland area, and is known as the premier public relations industry award program in the Midwest. 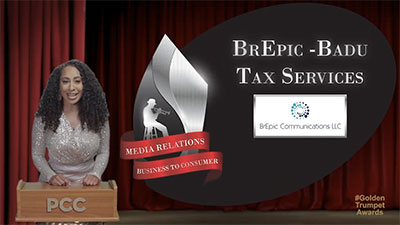