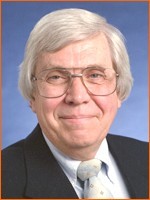 Christians is the former director of the Institute of Communications Research and chair of the doctoral program in communications, positions he held from 1987-2001 and from 2007-2009. He has been a visiting scholar in philosophical ethics at Princeton University, a research fellow in social ethics and also a visiting scholar at the University of Chicago, and a PEW fellow in ethics at Oxford University. He has a Doctor of Letters D.Litt Honoris Causa Degree from Marquette University and an honorary Doctor of Humane Letters degree from Emerson College. He was a Charles H. Sandage Distinguished Professor, has won six teaching awards, and is a faculty member in the Fulbright Specialist Program. His research is in the philosophy of technology, communication theory, and media ethics. A Festschrift Ethics and Evil in the Public Sphere has been published in his honor.

He is a founding member of the International Ethics Roundtables with venues in Stellenbosch, Dubai, Delhi, and Beijing. He has lectured or given papers or taught classes in thirty-five countries. He is listed in Whos Who in America, Whos Who in the World, International Whos Who in Education, and Outstanding Scholars of the 21st Century: Communication Ethics. The Carl Couch Center for Social and Internet Research offers annually the Clifford G. Christians Ethics Research Award. He has been given academic awards such as these: Ethics Scholar Award (Lambda Pi Eta Honor Society, Duquesne University; the AEJMC Presidential Award for distinguished service and AEJMCs Paul J. Deutschmann Award for Excellence in Research; James A. Jaksa Ethics Scholar in Residence; Ralph Crossman and FIRST Scholar awards (University of Colorado); Fellow at the University of Stellenbosch Institute for Advanced Study; Honor Medal for Distinguished Service in Journalism (University of Missouri); Best Edited Book of the Year (with Lee Wilkins, Handbook for Media Ethics); Kappa Tau Alpha Award for Normative Theories of the Media; Distinguished Scholar Award from the National Communication Association; James W. Carey Media Research Award; First Place Faculty Research Paper award (with Stephen Ward, from Media Ethics Division, AEJMC); Louis Forsdale Award as Outstanding Educator in the Field of Media Ecology; Charles Colson Award for Outstanding Contribution to Ethics, Media and Culture; and the Guido H. Stempel III Award for Journalism and Mass Communication Research.

He completed the third edition of Rivers and Schramm’s Responsibility in Mass Communication, has co authored Jacques Ellul: Interpretive Essays with Jay Van Hook, and has written Teaching Ethics in Journalism Education with Catherine Covert. His book by Oxford University Press was published in 1993, Good News: Social Ethics and the Press, co authored with John Ferre and Mark Fackler. His book with Michael Traber Communication Ethics and Universal Values was published by Sage, 1997. In 2002 he co-edited with Sharon Bracci, Moral Engagement in Public Life: Theorists for Contemporary Ethics. His book with colleagues Glasser, McQuail, Nordenstreng and White, Normative Theories of the Media (2009), and (with Linda Steiner) Key Concepts in Critical Cultural Studies (2010) were both published by the University of Illinois Press. His Handbook of Mass Media Ethics (with Lee Wilkins) was published by Routledge in 2009 (2nd ed, forthcoming). With John Merrill he edited Ethical Communication: Five Moral Stances in Human Dialogue, University of Missouri Press, 2009. Oxford University Press published his book with Mark Fackler and John Ferre, Ethics for Public Communication, in 2012. His sales-leader textbook, Media Ethics: Cases and Moral Reasoning with Mark Fackler, Kathy McKee, Peggy Kreshel, Robert Woods, is in its ninth edition (2011) with the 10th forthcoming. He co-edited (with Kaarle Nordenstreng), Communication Theories in a Multicultural World (Lang, 2014).