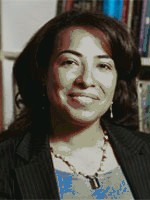 Spanning multiple fields, among them Latina/Latino studies, ethnic studies, feminist media studies and critical media studies, her interdisciplinary scholarship examines issues of social justice and the representational politics of identity around issues of race, ethnicity, gender and sexuality and the media. She is author of Dangerous Curves: Latina bodies in the media (2010, NYU). Her research on race and gender in the media was featured in a White House Conference in Advancing Equity for Women and Girls of Color and appeared in popular blogs, scholarly journals and edited collections such as Latina/Latino Studies, Critical Studies in Media Communication and Popular Communication.