Journalism alumna honored in Publicity Club of Chicago's 30 Under 30 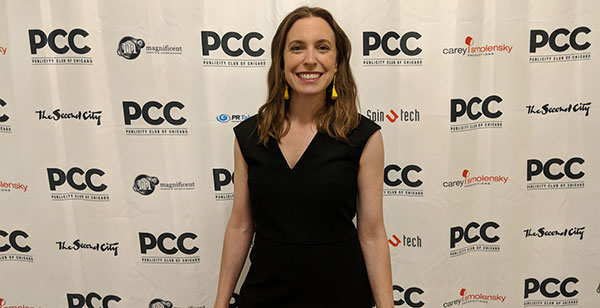 Congratulations to IES Abroad senior communications manager Abby (Wilson) Baric (BS '10, journalism) for being named one of Publicity Club of Chicago's 30 Under 30, a prestigious award that's designed to recognize the young rock stars of the public relations industry.

Since joining IES Abroad in 2016, Baric has contributed to the company's success not only by garnering it more public relations exposure, but also by playing an integral role in the launching and managing of IES Abroad's annual Study Abroad Film Festival (which has won eight national marketing awards since its inception, including a Sliver Trumpet from the Publicity Club of Chicago).

Baric and the other honorees were presented with their awards at the 60th Annual Golden Trumpet Awards on June 6. Read an interview with Baric about her PR experience, studying abroad, and career advice.