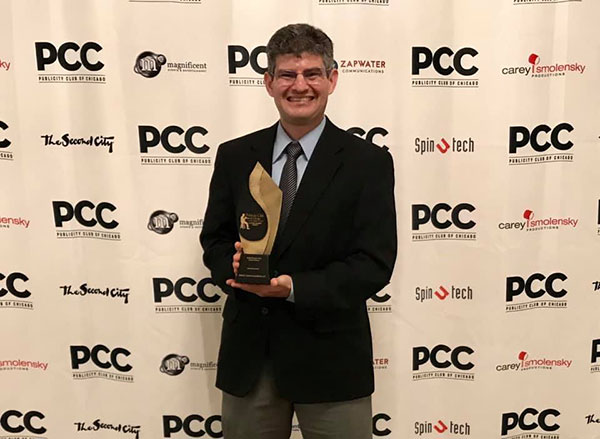 The competition, held at Chicago’s Palmer House Hilton, featured entries from the greater Chicagoland area, and is known as the premier public relations industry award program in the Midwest.

“It’s a tremendous honor to win such a prestigious award in both of the years BrEpic has been in business,” said Breen, whose company last year won a Silver Trumpet in Media Relations for a media campaign for client the Chicago Academy for the Arts.

Breen is a regular volunteer with the College of Media.