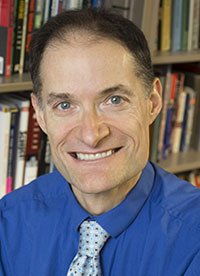 Ehrlich is a winner of the Campus Award for Excellence in Undergraduate Teaching, the University of Illinois’ highest teaching honor. Previously he was an assistant professor at the University of Oklahoma. He is also a former reporter, producer, editor and anchor for WILL-AM, Urbana; KANU-FM, Lawrence, Kan.; KCUR-FM, Kansas City; KBIA-FM, Columbia, Mo.; and KOPN-FM, Columbia, Mo. Ehrlich has earned honors from the Ohio State Awards, Society of Professional Journalists, Illinois Broadcasters Association, Indiana Associated Press and Kansas Association of Broadcasters.

Ehrlich's research focuses on social and cultural history. His most recent book is Dangerous Ideas on Campus: Sex, Conspiracy, and Academic Freedom in the Age of JFK. His earlier books include Kansas City vs. Oakland: The Bitter Sports Rivalry That Defined an Era; Radio Utopia: Postwar Audio Documentary in the Public Interest, which won the 2012 James W. Tankard Book Award from the Association for Education in Journalism and Mass Communication; Journalism in the Movies, which was named an Outstanding Title by the Association of American University Presses; and Heroes and Scoundrels: The Image of the Journalist in Popular Culture, which was coauthored with Joe Saltzman. Ehrlich also has written several scholarly articles on broadcast news, audio documentary, journalism history, and cinematic portrayals of the press. He has won top paper honors from the Association for Education in Journalism and Mass Communication and from the International Communication Association.