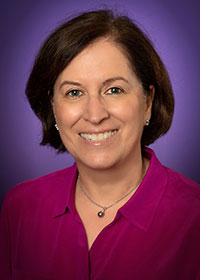 Melita M. Garza is an associate professor and the Tom and June Netzel Sleeman Scholar in Business Journalism in the Department of Journalism. She is the 2022-2023 Chair of the Standing Committee on Research for the Association for Education in Journalism and Mass Communication. She was a fellow at the Donald W. Reynolds National Center for Business Journalism. Prior to getting her PhD, Melita M. Garza was an award-winning journalist, working at the Chicago Tribune, Bloomberg news, and the Los Angeles Times during a two-decade-long career.

Melita Garza is an American journalism historian who studies news as an agent of democracy, specializing in English- and Spanish-language news, the immigrant press, and coverage of underrepresented groups. She is the lead editor of a forthcoming book that aims to re-envision the history of journalism. She is the author of They Came to Toil: Newspaper Representations of Mexicans and Immigrants in the Great Depression (Austin: University of Texas Press, 2018), which was a finalist for the Tankard Book Award, the Frank Luther Mot/ Kappa Tau Alpha Award, and the National Association of Chicana and Chicano Studies (NACCS) Tejas Fojo Award. Her research has also won awards from the American Journalism Historians Association (AJHA), and the Association for Education in Journalism and Mass Communication (AEJMC) divisions of: History, Minorities and Communication, and International Communication.