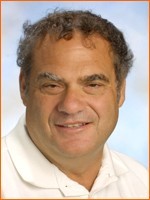 Liebovich was formerly a reporter and editor for the Milwaukee Sentinel, a reporter/editor for the Rockford (Ill.) Register-Republic, and a reporter for the Champaign-Urbana Courier. He won several awards as a reporter. He has written five books on the press the presidency and the press and foreign policy. He previously was an instructor at the University of Wisconsin-Milwaukee and UW-Whitewater.