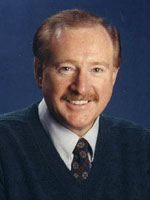 Yates is a former foreign correspondent, national correspondent and editor at the Chicago Tribune. During a 25-year career at the Tribune, he accumulated extensive international experience. He lived and worked 18 years as a foreign correspondent in Japan, Southeast Asia and Latin America, where he covered several wars and revolutions from the 1970s into the 1990s, including the fall of South Vietnam and Cambodia in 1975, the Tiananmen Square massacre in Beijing in 1989, and political upheavals in South Korea, Taiwan, Thailand and The Philippines. He also covered wars and revolutions in Nicaragua, El Salvador, Guatemala, Argentina, Chile, Peru, Brazil and Colombia. His reporting won several awards, including the Inter-American Press Association Award, the Gerald Loeb Award, the Peter Lisagor Award, three Edward Scott Beck Awards for foreign reporting, and three Pulitzer nominations.

Yates is the author of a trilogy of award-winning historical fiction & action/adventure novels entitled “Finding Billy Battles,” “The Improbable Journeys of Billy Battles,” and “The Lost Years of Billy Battles.” Other books include “The Kikkoman Chronicles: A Global Company with A Japanese Soul” and “Aboard the Tokyo Express: A Foreign Correspondent’s Journey through Japan”, a collection of columns translated into Japanese. He is currently working on a novel based on his experiences as a foreign correspondent in Asia. Its working title is “Asia Hands: A Tale of Foreign Correspondents & Other Miscreants in the Orient.”