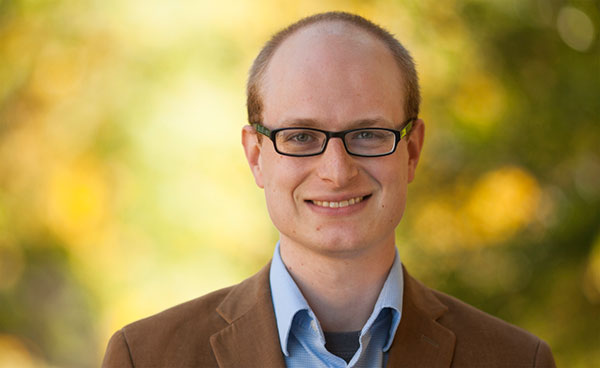 Assistant Professor Derek Long, who teaches a class on world cinema and another on media production, is currently working on a book about the development of film distribution in the 1910s-’20s.

Distribution is the “least studied, least understood aspect of the film industry, certainly of Hollywood,” said Long, who joined the Department of Media & Cinema Studies in Fall 2017.

“It’s a really important part of understanding not just our current landscape, but also, historically, how that system of power has organized itself in the whole 120-plus years of cinema,” he said.

It doesn’t look much different today than it did in the 1930s and ’40s, when there were a handful of studios exerting control over the market.

“One of the things my book argues is that the way the studios have controlled distribution actually enabled them to buy those theatres in the first place. And when the studios had to get rid of their theatres after the Supreme Court basically made them, [the court] gave them the choice of either divesting themselves from distribution or from exhibition. They chose to get rid of exhibition because they knew the real power was in this system of pricing and of packaging and of controlling the sales of films,” Long said. He said he expects the book to be published in early 2022.

When teaching, Long presents the idea of appreciating the FACT of cinema, which is an acronym for: the Form of individual films and filmmakers; the ideological Assumptions that films make about the way the world works; the historical Context; and the Thematic meaning.

In Survey of World Cinema I (MACS 261), Long wants his students to gain three outcomes: 1) a broad-based knowledge and appreciation of cinema history and its context; 2) the ability to analyze and break down assumptions; and 3) how to conduct historical research.

“We’re surrounded by moving images constantly, and the way that I think most people experience moving images in their everyday lives is very unconscious, it’s very uncritical,” he said. “It actually takes training and thought, and you have to force yourself to really think about the form of the images that you’re seeing,” he said. Form includes everything from cinematography to sound.

Long also teaches Advanced Media Practicum (MACS 496), which is run in conjunction with Illinois Public Media. With access to the professional studios used by WILL-TV, students are working in teams to make New York Times-style “opinion-documentaries,” or “op-docs,” about issues on campus and in the community. He said there are three op-docs in total, with topics ranging from local cinema culture in Champaign-Urbana, to racism on campus, to the chimes in Altgeld Hall.

“The students are learning a number of critical production skills: how to shoot B-roll, how to record sound, how to approach a production from the standpoint of planning and logistics, how to conduct a video interview with a subject, and most importantly, how to work with a team of peers to deliver a stylistically compelling documentary project on time,” he said.

Last year, Long made the list of "best video essays" by British Film Institute's Sight and Sound magazine for his videographic criticism of Rose Hobart.

Long is currently working on a video essay about how Hollywood trade magazines gave rise to the visual style of cinema in its publications.

“Most video essays take actual footage from films as their subject and material, but I'm interested in exploring what videographic approaches can reveal about non-film primary sources in film history,” he said.