Mike Vainisi (BS ’08, journalism) is head of original content at ATTN:. In Spring 2022, he was part of a Media Career Night alumni panel that discussed working in entertainment and Hollywood. (Watch the recording.)

How did you go about picking journalism as your major?
As someone who loved writing in high school, journalism was a great way of turning that interest and passion into a career. It is a very versatile major and you come out of it with a very strong writing background. At first, I saw myself becoming a journalist or reporter, but as time went on, I developed an interest in politics. At a certain point, I decided I wanted to work on political campaigns, which I ended up doing after graduation. Working on political campaigns, I utilized the same skill sets I learned as a journalism major such as communication, writing, and social media. Majoring in journalism ended up being a great background for this career.

What are some of your career highlights so far?
Right now, I oversee media content at a media company called ATTN: in California. We are a combination of a publisher and production company, so we program to social media companies but also make original content, like TV shows, which we then sell to streaming services. I have worked on specials in 2020 to promote voting in the election, featuring three presidents including former President Obama. At this job, I've been able to merge my interests in journalism, content creation in media, and politics, which has been a very fun experience.

How do you think the College of Media prepared you for your successful career?
I think the hard skills that you develop are one of the most important skills to have. As someone who hires people, it is super helpful to know that a potential hire has strong writing skills. The same applies to editing, broadcasting, and design. When you're in school you may not think about it as much, but you begin the process of developing these core skills. I still use the skills that I learned in my editing classes 13 years ago, which is an aspect of my education that was very helpful.

What advice do you have for current journalism students or Media students? What would you have done differently?
Be very flexible in terms of how you want to apply your skills from a career point-of-view. A good way to maintain your flexibility is by maintaining an array of skills. For example, if you are majoring in journalism, then learn how to video edit. A lot of publishers or journalism outlets want to hire writers who can also be, in a way, their own producers. Being able to have those skills to successfully tell a story with the different aspects of media you have learned is incredibly useful. Overall, trying to be as dynamic as you can and maintaining the ability to tell stories no matter what the format is, I've found to be vital. 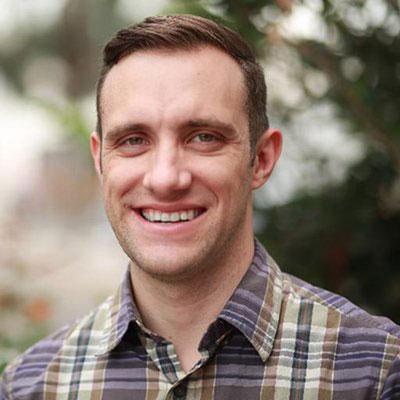