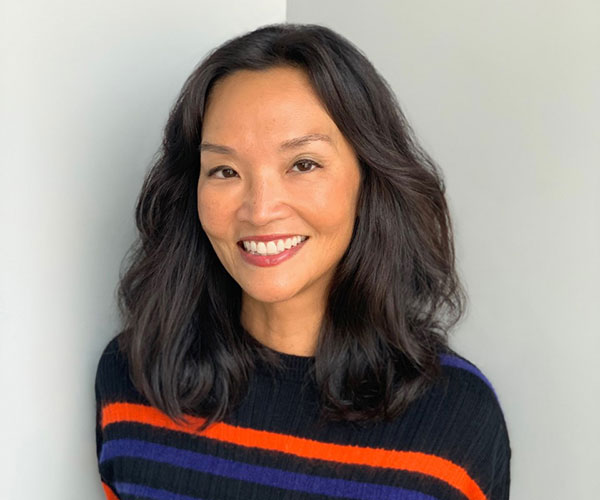 Sarah Min (BS ’93, journalism) has always wanted to have a public service chapter of her life. After an extensive career as a media executive, Min now focuses on advocating for people of color and women through nonprofit and political work.

In December, Min was appointed to President Biden’s Advisory Commission on Asian Americans, Native Hawaiians, and Pacific Islanders. The commission will advise the President on issues of equity and inclusion for AANHPI communities, as well as address anti-Asian xenophobia and violence.

“I think we’re in a situation right now where a lot of things in our system are converging to create a climate of hate and polarization,” Min said.

In 2019, she began serving on the board of directors for nonprofits like civil rights advocacy group Color of Change, political action committee EMILY’s List, and engaging with grassroots organizations like the Korean American Community Foundation, with the goal of building civic engagement.

Min saw the power of media in shaping narratives about underrepresented communities.

“Stories—how they’re portrayed and who’s telling them—influence systemic injustice and the biases that we have just as everyday people and consumers of media at scale,” she said.

Min believes it’s important for students to gain real-world media experience as part of their education. In 2020, she established the Daily Illini Journalism Scholarship Fund with her husband Matt Pincus. The fund supports undergraduates in journalism who are committed to working at least one semester at The Daily Illini.

Min said her experiences as a production assistant as well as special projects editor and a reporter for InPrint at The Daily Illini, where she made lifelong friends, were some of her most fun and formative years.

“I’m grateful for that opportunity of being able to learn in an academic setting, but then simultaneously being able to put it into practice,” she said. “[The Daily Illini] was not just a club in the way that we were doing something together, but we also produced something that everybody read every day.”

Min credits the College of Media for facilitating industry connections that launched her career. As a student, Min was drawn to magazine journalism, and was encouraged by journalism mentors Dana Ewell, Jo Thomas, and Bonnie (Bellew) Layton.

“I was fortunate to have mentors who understood the career I wanted, and people who coached me along the way and connected me,” Min said.

Her career began in New York City at Glamour magazine, where she began as an editorial assistant. She held managing editor positions at other magazines including Vibe and Domino, which she helped launch. Min also was president of the publishing company McSweeney’s, founded by fellow journalism alum and author Dave Eggers (BS '02).

Then, with the rise of digital media and smartphones, Min said “the world changed.” She became executive vice president for marketing and corporate development for ScrollMotion, a mobile enterprise technology company.

Min’s career in for-profit media ended with her time in media consulting, working with companies such as HBO and Penguin Random House.

Min said she recognizes the role that journalism and communications plays in trying to address issues like AANHPI racism.

“I think it’s all our responsibility to be able to tell our own stories, to help other people tell our stories, and to understand our stories,” Min said.

Through the President’s commission, she hopes to bring her professional and personal experience to her role as co-chair of the Data Disaggregation Subcommittee, which will expand the collection and use of disaggregated data at the federal, state, and local levels on AA and NHPI communities, and facilitate improved research on policy and program outcomes for AA and NHPI communities.

“I am honored to be among such a diverse group of leaders who have dedicated much of their lives to improving economic opportunity, environmental health, and equity of AANHPI and all Americans,” she said.