Ciffone credits his first job to a University of Illinois connection; during a trip to Los Angeles with advertising professor Steve Hall, he met the creative director who hired him at RPA.

It was small class sizes and special class trips that truly made the College of Media stand out for him.

“You got to be pretty close with the classes, and some of the outings we had were some of my favorite memories from advertising,” Ciffone said.

His eclectic career since graduating college has been an amalgamation of creative jobs, one of which being advertising.

“There have been quite a few fun chapters, looking back,” Ciffone said.

His impressive portfolio includes work with Nissan, ESPN, Gatorade, Miller Light, Adidas, Apple, and even sports stars including Derek Jeter and the Manning brothers. Many of his commercials have received awards at the Emmys, Cannes, One Show, and Clios.

To expand on his creative outlets, Ciffone also likes to challenge himself to take on other projects such as writing shorts and short films.

Nick Ciffone at BTSOne of his current projects, although not quite in its final stage, is writing a novel, described by Ciffone as a “dystopian science-fiction narrative story about an environmental disaster.” He sees it not as a strict assignment, but as yet another tool to push him to further his advertising career.

“They all influence one another. I get ideas from advertising projects or music or trips or other things outside of that, whether they're a short film idea or feature idea. I’ve gotten a lot better as an advertising writer from working on other projects as well,” Ciffone said.

Although his career has been quite successful so far, Ciffone is humbled to be coming back to the University to receive this award. He looked forward to interacting with students, seeing what they’ve been up to, and observe how the school has changed since he graduated.

“It’s definitely a big honor when I’ve heard of some of the previous winners,” Ciffone said. “It’s really nice to reflect on how long it’s been and how much has happened since I’ve graduated. “I’m excited to come back and see some of the old professors that I used to know and see the campus and see friends and family.”

Despite how far he’s come, Ciffone is still unsure of what he wants his future to be.

“I wish I had some grand plan,” Ciffone said. “I didn't think I would be looking back at 10 years from work when I graduated, so everything that's happened so far has been a bit of a surprise for me. I’m still kind of in that phase where I’m not entirely sure what’s next.”

Although for him, uncertainty is what makes his work so unique.

“I know I want to make things, and I know I like writing,” he said. “But for the most part, it all happens when you're paying attention to something else.” 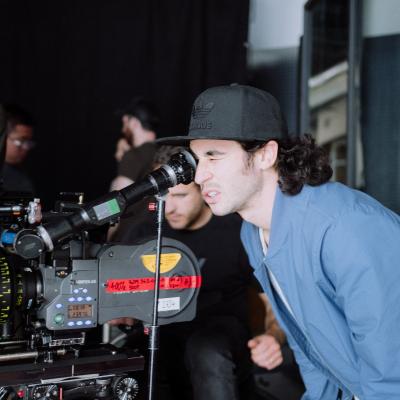