The pieces range from dog walkers who adore their Greyhounds to a cassette collector who hosts a local radio show and plays on-air music via the tapes he buys. Readers will also meet an established chef who is now part owner of a new restaurant, a recovered alcoholic turned antique collector, and a musician who performs solo despite a lingering cold that will alter his performance. The book concludes with an award-winning immersion journalism story, “The Man Who Lives to Help,” which covers the life of a formerly incarcerated individual who is trying to improve his ways in Rantoul. The Midwesterners featured in “Far From Mars” are regular people who took chances, followed their passions, and pursued meaningful hobbies. 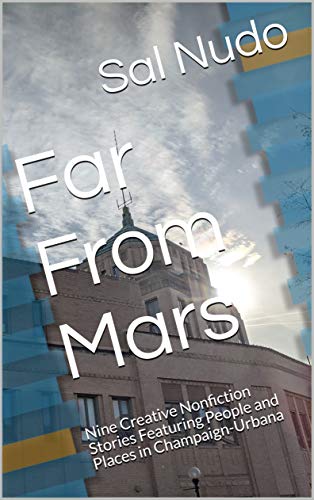