David Schulman (MS '95, journalism) was an audio producer and sound designer for a new podcast audio drama for ages 9 and up called Live from Mount Olympus. The podcast, launching February 2, features Tony-winning actor André De Shields (Hadestown, The Wiz, Ratatouille The Musical) as Hermes, along with other members of the Tony-winning TEAM that did Hadestown, in a contemporary retelling of the Greek myth of Perseus. Several episodes were directed by Obie and Tony award-winner Rachel Chavkin.

"My own role included developing ways to record the actors in quality under pandemic constraints, and creating detailed sound-design for virtually every second of the finished episodes," Schulman said. "The result feels to me like something genuinely new in podcasts." He described the series like "audio equivalent of a Pixar movie."

Hear the free podcast; new episodes will be available across podcast platforms each Tuesday through March 9. The series is produced by the Onassis Foundation and the TRAX podcast network for tweens from public media organization PRX. 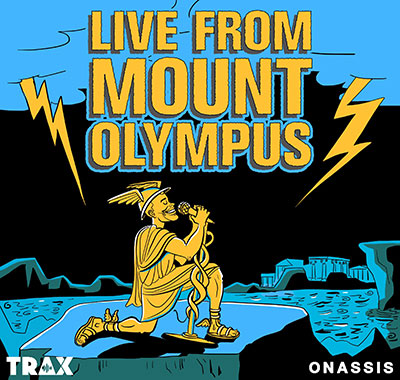