Congratulations to Tim Schwab (MS '06, journalism) for winning the Deadline Club Award from the New York City chapter of the Society of Professional Journalists!

"All of this work relates to an ongoing reporting project I'm doing related to the Gates Foundation," he said.

He was also named a finalist for a Mirror Award (John M. Higgins Award for In Depth/Enterprise Reporting), which recognizes excellence in media industry reporting, for his article "Journalism’s Gates keepers," published in the Columbia Journalism Review.

Tim Schwab (MS '06, journalism) recently won the Izzy Award from the Park Center for Independent Media at Ithaca College for outstanding achievement in independent media. In a three-part investigation published in The Nation, he explored the opaque operations of the Gates Foundation. Schwab's work "uncovered The Gates Foundation’s striking conflicts of interest, complicated web of influence, and troubling monopoly power in the field of global health." (Read his article "While the Poor Get Sick, Bill Gates Just Gets Richer.")

Schwab is a finalist for the Deadline Club Award in the category "Magazine Investigative Reporting" for his article “Bill Gates’s Charity Paradox,” also published in The Nation. The New York City chapter of the Society of Professional Journalists will announce the winners of the Deadline Club Awards on May 17.

Schwab is a freelance journalist based in Washington, D.C. 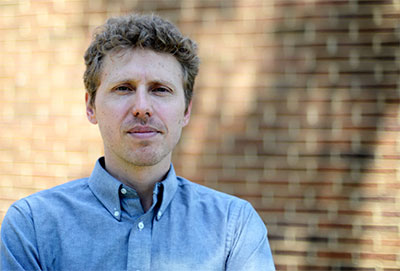