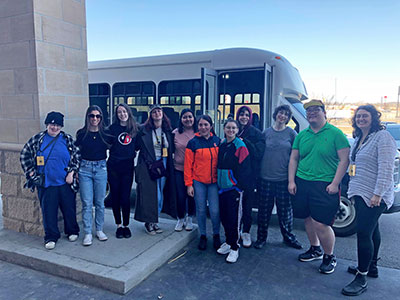 "There were two fairly conventional docs that we really enjoyed: Mucho Mucho Amor, which is about the Puerto Rican astrologer Walter Murcado, and Feels Good Man, about the cartoonist who created Pepe the Frog and his efforts to wrest control of his creation from the alt-right," said media and cinema studies lecturer Jon Knipp. "Some other favorites: Crestone, about Soundcloud rappers living in a yurt in the Colorado desert; The Cloud Never Left, about toymakers in a small, impoverished village in India (they make their toys from discarded film stock!); one half of Steve "Hoop Dreams" James' epic documentary about Chicago's mayoral election City So Real; and Pier Kids, which is about homeless queer kids who gather and support each other along the Christopher St. piers of NYC (a heartbreaker)."