Student's multimedia project for class gets published in regional newspaper 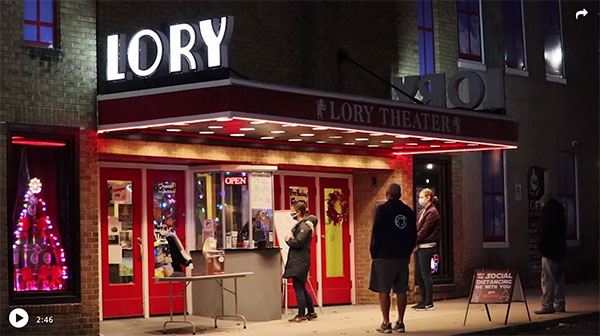 For his final project in Associate Professor Charles “Stretch” Ledford's JOUR 215: Multimedia Reporting course in Fall 2020, journalism student Owen Henderson created a piece on the Lory Theater in Highland, Illinois. Ledford helped his student submit it as a freelance piece to the Belleville News-Democrat. Henderson worked with the newspaper's multimedia producer to get supplementary footage, and in March, his short video was published.

"I had worked at the Lory in high school, and I had heard bits and pieces about what they had done after the pandemic hit," Henderson said. "I was just curious to learn more about what they were doing to try to survive. I had also seen that much of the conversation about the pandemic’s effect on the movie industry was focused on the studios and big chains, but I wanted to show the issue from the perspective of small business owners."