Wang explores the potential to impact social change through VR/AR 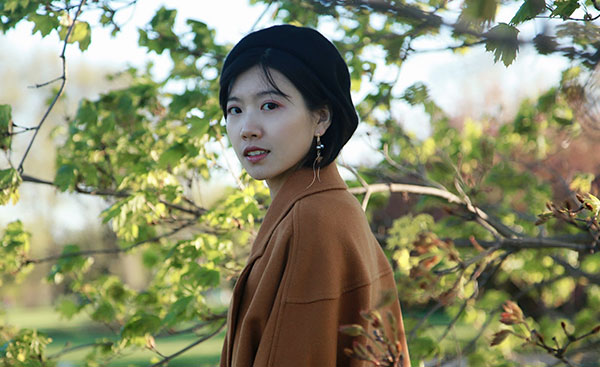 Wang (MS ’17, advertising) is currently brainstorming on a project with Sang-Hwa Oh, assistant professor in advertising, to see whether VR/AR can increase people’s knowledge about e-cigarettes and vaping, and to persuade individuals to quit vaping.

“The technology of virtual reality and augmented reality suggest a chance to improve the lack of knowledge of e-cigarettes and to change risk perception through providing vivid virtual long-term consequences of vaping,” Wang said. She said her research team encountered some difficulties in finding true data for AR lung model constructs.

“We planned to create an AR lung model that can reflect the lung activities when people vape and the long-term impact of vaping on lung,” she said. “However, since e-cigarette is a relatively new thing, there is not sufficient real data for us to use to make the model. We consulted some experts and they all told us that this kind of data might not be available in a short time period.”

For this reason, she and her fellow researchers changed their strategy for this project to focus on designing an AR game to help people connect vaping with organ damage.

Wang is also working on a project with Christopher Ball, assistant professor of journalism, called the STEM DiVRsity Enhancement Project, a study designed to explore whether VR can help improve an individuals’ self-efficacy, increase STEM awareness, and promote diversity at the University of Illinois. Though this project was postponed due to the pandemic, they planned to create a virtual reality experience including interviews with role models in the STEM field, and to create a first person experience for users to work as a STEM researcher.

Some of her past research projects include the Illinois Experience, a course project for CS 498 Virtual Reality, sponsored by Michelle Nelson, professor of advertising. Wang and team members from both the computer science and advertising majors edited the 360-degree video, which is featured on the University’s official admissions website. They also used the project as experiment stimuli in their research and published a research paper, titled “Using virtual reality to promote the university brand: When do telepresence and system immersion matter?”

“We found that a 360-degree virtual reality video of a university campus tour, shown on VR devices, can elicit feelings of telepresence and these feelings can affect the branding persuasion,” Wang said of the Illinois Experience. “We showed the same VR campus tour to participants on one of three different devices that vary in system immersion in our study.  Results indicated that system immersion did not directly affect participants’ capacity to be ‘transported’ into the VR campus tour: all devices show similar capacity to create telepresence.”

Wang also contributed to a project where VR was used as a tool to positively change the public’s attitude toward homeless people and to encourage donations on their behalf. People were shown a VR experience with a first-person perspective of going through the daily experience of a homeless person.

The first time Wang tried virtual reality technology was when a friend asked her to test a flight simulation game that he created. She was impressed with the cool and immersive experience.

“I found that the advent and development of VR/AR technologies greatly influence how brands communicate with consumers and change the way users perceive the content,” she said. “The curiosity and passion eventually led me to my research interests that reside in the intersection between virtual reality and user psychology research.”