Why is the NFL team in Washington, D.C., changing its name? 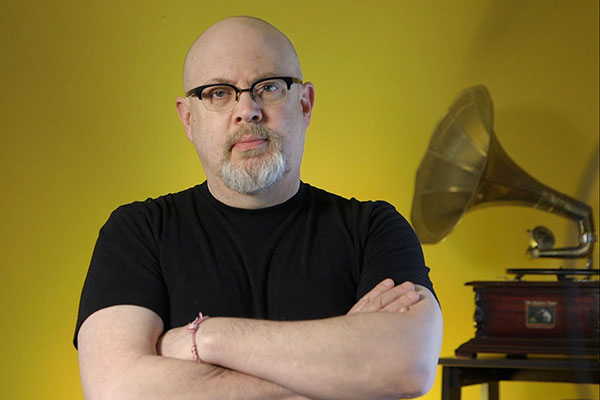 The NFL team in the nation’s capital will no longer be the Redskins. The name is being retired. Jay Rosenstein, a Center for Advanced Study professor of media and cinema studies at the University of Illinois at Urbana-Champaign, directed the 1997 documentary In Whose Honor? about the use of American Indian mascots in sports. He maintains a database of schools that have changed their mascots and imagery over the past 50 years. He spoke with News Bureau social sciences editor Craig Chamberlain.

Can you put this recent news into perspective? What’s the significance of Washington no longer being the Redskins?

This is the big one, top of the list. By my count, there have been 41 colleges and universities that have changed or eliminated Native American mascots or imagery in some fashion since 1969, but nothing compares to this. It’s the most offensive of all team nicknames, according to the many Native groups and people who oppose mascots. The use by the Washington team makes it the highest-profile Native-related sports mascot or nickname in the country, mostly because NFL football is the most popular spectator sport.

This is also the first time the movement to eliminate Native mascots has penetrated the ranks of professional sports, and then only after a long, long battle. Daniel Snyder, the owner of the Washington team, stated emphatically that he never would change the name – he even was quoted as saying you could print the word “never” in all capitals.

What kept the name in place for so long? And what brought its end?

What kept it in place is what keeps all sports team names and mascots in place: history, tradition, brand recognition, money, fanatical identification with the name and the team by its supporters, resistance to change in general and – particularly in the case of Native team names and mascots – a stubborn refusal to yield to the wishes of a brown-skinned minority.

If you doubt that last part, ask yourself this: Was there the same kind of resistance and yearslong battle when Washington’s NBA basketball team changed its name from the Bullets to the Wizards? As far as what brought its end, the current Black Lives Matter movement was the final straw, so to speak. But a lot had happened prior leading to this moment.

Other American Indian names and mascots have continued under the argument that the intention is to honor, not denigrate. Why doesn’t that work?

That argument is perhaps the oldest, and, quite frankly, the most ridiculous given what we know now, second only to “we’ll forget about Indians without them.” It is the result of one’s actions that matters, not the intent. You can’t honor someone when you know you are harming them – even if you refuse to listen to them or pretend not to know.

It is clear from study after study that Native mascots are harmful to both Natives and non-Natives alike. According to Joseph Gone, a Harvard professor, Illinois alumnus and a co-author of the most recent study confirming the harm from mascots, “It’s not really a question of how many people agree or disagree. It’s the evidence.” The evidence of harm from mascots is abundant and conclusive.

Do you foresee other American Indian names or symbols now getting renewed attention in the wake of this decision by Washington to stop using Redskins?

Absolutely. As soon as Washington announced it was reevaluating its name, the Cleveland Indians announced they were doing the same, the Atlanta Braves were having to answer questions, and the Chicago Blackhawks faced national scrutiny, really for the first time.

But I predict the biggest impact is going to come from K-12 schools. Many schools nationwide still use the same repugnant name, and although there have been some successful challenges, in almost all of those cases the change only happened after brutal and drawn-out fights, usually with the few local Native people being targeted for terrible abuse. Supporters of the name could always point to the Washington professional team and ask, “If they can use the name, why can’t we?”

And although no school should be looking to a professional football team for ethical and moral guidance, that argument often carried the day. Now it’s gone. The example set by the Washington team will cause many schools to initiate their own self-evaluations of their Native names without having to be asked, which may result in less controversy and abuse if they change. I wouldn’t be surprised if this triggers a tsunami of changes. I certainly hope so.