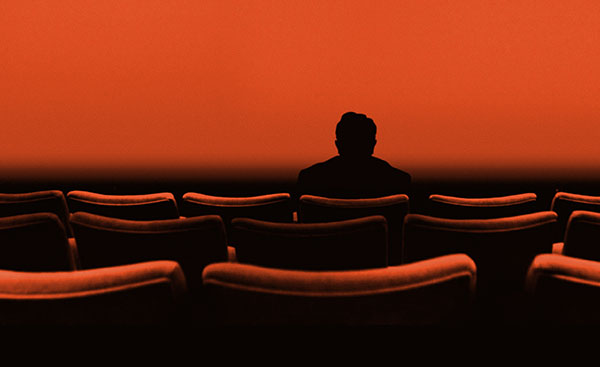 Through the annual Roger Ebert Fellows program, established in 2015 at the College of Media, three undergraduate students are selected each fall to gain in-depth learning experiences that focus on critical thinking, arts and entertainment criticism, and interpretative journalism.

Named after the late Pulitzer Prize-winning film critic and University of Illinois journalism alumnus Roger Ebert, the Ebert Fellows will receive a stipend and work closely with Michael Phillips, film critic for the Chicago Tribune, to strengthen their writing, radio, video, and storytelling skills across a wide range of multimedia platforms. The experience, coordinated through the Roger Ebert Center for Film Studies, will prepare them for an increasingly competitive arts and entertainment media job market.

Over the past two years, the COVID-19 pandemic caused the program to adopt a hybrid model, but this year will offer more in-person interactions. The students will connect monthly with Phillips for workshops. They will also attend film festivals, including the True/False Film Fest in Columbia, Missouri, in March.

“It’s been very difficult to work around the limitations of what we had to do when it was almost entirely online,” Phillips said. “I sense that people are eager and grateful for a return to as much in-person activity as they feel is possible.”

Phillips has been an advisor and mentor since the program began and has enjoyed working with the students. He hopes that they learn as much from him as he does from them.

“I want to make them more confident about doing something they’ve never done before,” Phillips said. “I try to get all of us to think hard about what it is we’re trying to say when we write something and how well we’ve argued our point.” 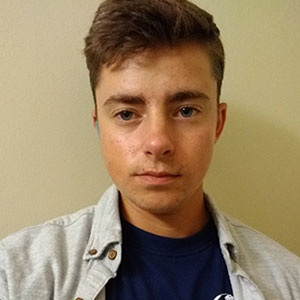 Lee Beckett is a junior in media and cinema studies, with a minor in political science. Beckett has always enjoyed the art of filmmaking and critiquing films. He appreciates Roger Ebert’s work and is excited to explore new opportunities and to network.

“I think by getting experience and hearing from people who have learned by trial and error is the best way to learn,” Beckett said. “We’re going to go to a couple film festivals and we’re going to meet with some people who are making content in the local area and also in Chicago, so I’m hoping to learn from professionals.”

On campus, Beckett is involved in the Young Democratic Socialists of America and Red Bison, an ecological restoration organization.

Beckett’s favorite film is Fantastic Mr. Fox because he “really likes the story and the characters and it’s simple and fun, but it also has a deeper theme underneath.” 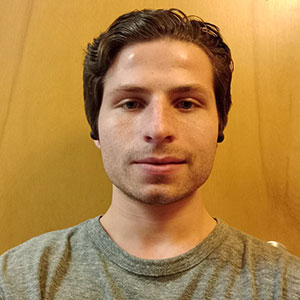 Andrew Stover is a junior in media and cinema studies, with a minor in critical film production. He developed his interest in film in 2016 and created a blog dedicated to reviewing films. Stover is a longtime fan of Roger Ebert’s work and is honored to be chosen as a fellow.

“I have a genuine passion for film criticism, and I was excited to be selected. It’s a great honor,” Stover said. “I hope to gain more experience outside of film.”

Stover continues his passion for critiquing films by writing reviews for Film Threat, an independent film review site where he’s published more than 125 reviews. He looks forward to working with Phillips and the other fellows to expand his skills.

“Having a broad knowledge of film, podcasting, and other forms of media that I will learn about during this fellowship will help me be able to do more than just film-centric [work],” Stover said.

Stover said his favorite satirical comedy is The Truman Show because he “admires Jim Carrey's dramatic turn as Truman Burbank” and thinks it is one of his best performances. 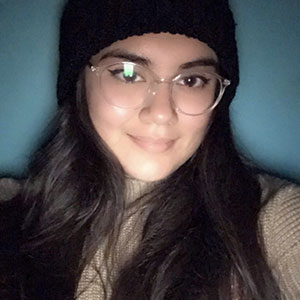 Tania Trejo is a senior in media and cinema studies. She loves to plan and create films. Trejo hopes to highlight the Latino community in her work in the future.

“This fellowship will help me achieve my goals by providing me with different skills such as interviewing, writing, and podcasting,” Trejo said. “I will also get more exposure and access. Since I will be working with people who are in the industry, I am excited to ask more questions about what they do.”

Trejo said she is also excited to attend film festivals and watch films that she would not normally watch on her own.

Currently, her favorite movie is Everything Everywhere All at Once because “the movie itself tackles issues that first-generation American families face in a funny and sentimental way.”