Update: View photos and watch videos of the guest speakers at the Chaz & Roger Ebert Symposium.

Save the date for Friday, September 27, 9 a.m.-5 p.m., at the iHotel and Conference Center in Champaign. Registration is now open and is highly encouraged to reserve your spot at the panels of your choice. This event is free and open to the public. For updates, see the event page on Facebook. 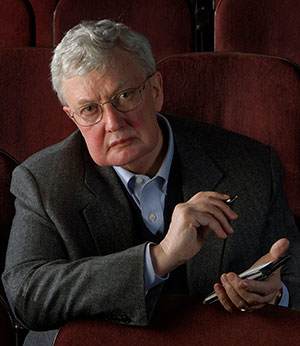 Legendary Chicago Sun-Times film critic and alumnus Roger Ebert (BS '64, journalism; pictured at right) held a vision of media as a tool to extend human empathy. But, in many ways, the media industry has failed to live up to the challenge of inclusion. The Ebert Symposium will not only explore issues around inequality in media, but will highlight the advantages of a diverse and inclusive media industry. Through reference to our experts’ academic research and their industry experience, we will hear solutions to create a more robust, innovative, and productive media industry.

The Chaz & Roger Ebert Symposium is organized by the College of Media and Chaz Ebert (CEO of Ebert Digital LLC and cofounder of Ebertfest).

2:00 p.m.—Diversity in Advertising and Communication Panel 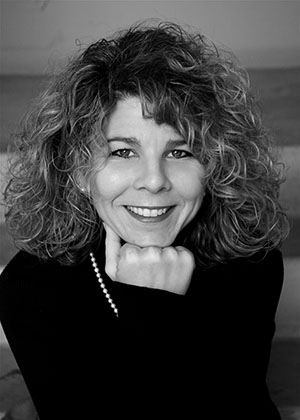 Stacy L. Smith, Ph.D., is founder and director of the University of Southern California Annenberg Inclusion Initiative, the leading global think tank studying inequality in entertainment. Dr. Smith’s groundbreaking research examines inclusion (e.g., gender, race/ethnicity, the LGBT community, people with disabilities and mental health) across film, TV, and digital platforms, the music industry, and film criticism. Beyond research, Dr. Smith crafts compelling and innovative solutions to entertainment inequality. Recently, in partnership with TIME’S UP, Tessa Thompson, and others, she launched the #4percentchallenge. She has authored over 100 articles, book chapters, and reports, and is covered regularly in popular press outlets including The New York Times, Los Angeles Times, CBS This Morning, NPR, and many others. LA Weekly named Dr. Smith the most influential person in Los Angeles in 2015. Dr. Smith serves on the Recording Academy Task Force on Diversity and Inclusion following the release of the Annenberg Inclusion Initiative’s inaugural study on the music industry and is an executive committee member of She Is The Music. She appeared on Billboard’s 2018 Women in Music List and was deemed one of The Hollywood Reporter’s 50 Agents of Change in 2019. 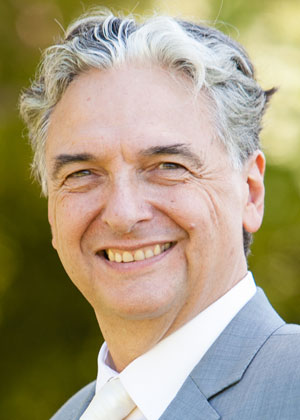 Writer-Director-Producer Gregory Nava has been nominated for an Academy Award, a Golden Globe, an Emmy, and a Writer’s Guild Award. His films have been selected for and honored at many film festivals, including, Cannes, Sundance, Berlin, Telluride, San Sebastian, Edinburgh, Chicago, and Montreal. Nava became an internationally renowned filmmaker with his Academy Award nominated film EL NORTE for which he received an Oscar nomination for Best Original Screenplay as well as a Writer’s Guild of America Award nomination. Critic Roger Ebert called EL NORTE, which addresses the plight of illegal immigrants, “THE GRAPES OF WRATH of our time.” EL NORTE was named an “American Classic” and designated for special preservation by The Library of Congress. Nava continued directing a string of ground-breaking Latino films, directing and co-writing the multi-generational saga MY FAMILY/MI FAMILIA which starred Jennifer Lopez in her first film role. Nava went on to write and direct the box-office hit SELENA based on the true-life story of the singing superstar and created the definitive breakout role for Jennifer Lopez, earning her a Golden Globe nomination. Nava then followed with directing the musical biopic WHY DO FOOLS FALL IN LOVE starring Halle Berry.

Nava co-wrote the screenplay for the Academy Award nominated film FRIDA, starring Selma Hayek. Nava then wrote, directed and produced the political thriller BORDERTOWN starring Jennifer Lopez and Antonio Banderas. BORDERTOWN was nominated for the Golden Bear at the Berlin Film Festival and won the “Artist for Amnesty” award from Amnesty International. In television Nava has been nominated for both the Emmy and Golden Globe as the Creator and Executive Producer of AMERICAN FAMILY, the first dramatic Latino series in the history of broadcast television. Nava received his Emmy and Golden Globe nominations in the "Outstanding Mini-series" category.

Currently Nava is slated to direct GATES OF EDEN a sweeping epic of the current situation on the border. Nava also has in development THE MAGNIFIENT MENDEZ – the inspirational story of Rafael Mendez who rose from poverty in Mexico to become the world’s greatest trumpet player. In addition to his Oscar, Emmy and Golden Globe nominations Nava has received five Imagen awards – three Alma awards – the Hispanic Heritage Award for the Arts at the Kennedy Center in Washington DC – The National Hispanic Heritage Foundation Raul Julia Award for Excellence – the Latino Spirit Award from the State of California and Lifetime Achievement Awards from both the National Council of La Raza and the Imagen Foundation.

Chaz Ebert is the CEO of Ebert Digital LLC, which publishes the movie review site, RogerEbert.com. She also produces television and movies at Ebert Productions, and heads the EbertfestFilm Festival now in its 20th year, where she gives the Ebert Humanitarian Award to filmmakers who exhibit an unusually compassionate view of the world. Her civic interests include programs to help break the glass ceiling for women and people of color, and to provide education and arts for women, children and families. Through the Roger and Chaz Ebert Foundation she provides grants to support projects with strong social justice themes and mentors emerging writers, filmmakers, and technologists with a global view toward encouraging empathy, kindness, compassion and forgiveness. As an attorney she was named Lawyer of the Year by theConstitutional Rights Foundation, is a life-trustee of the Art Institute, and serves on the boards of the Abraham Lincoln Library Foundation, the Lyric Opera, the Shirley Ryan Ability Center and After School Matters. She is also a member of the Alliance of Women Film Journalists and the Chicago Film Critics Association. 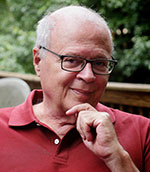 Dr. Nate Kohn is professor at the University of Georgia, Associate Director of the George Foster Peabody Awards, festival director of Roger Ebert's Film Festival, director of the University of Georgia MFA program in screenwriting and award-winning producer. Dr. Kohn produced Zulu Dawn starring Burt Lancaster and Peter O’Toole; the independent feature Somebodies, which premiered at Sundance (2006); Rain, the Bahamas’ first indigenous feature which premiered at Toronto (2007) and on Showtime (2010); the feature film Bottleworld (2010); he was Executive Producer on the BET television series Somebodies (2008); he was Producer on the feature length documentary Bayou Maharajah that premiered at the SXSW Festival (2013); he produced the Emmy Award-winning short documentary Ebertfest 2012; and he was Executive Producer on the 73rd, 74th, and 75th annual Peabody Awards Specials for PivotTV/Participant Media (2014, 2015, and 2016). He has served on juries and mentored screenwriters at the Atlanta, Hawaii, Kerala, and Bahamas International Film Festivals. He is the author of numerous scholarly articles and of the book Pursuing Hollywood: Seduction, Obsession, Dread (AltaMira Press, 2006).