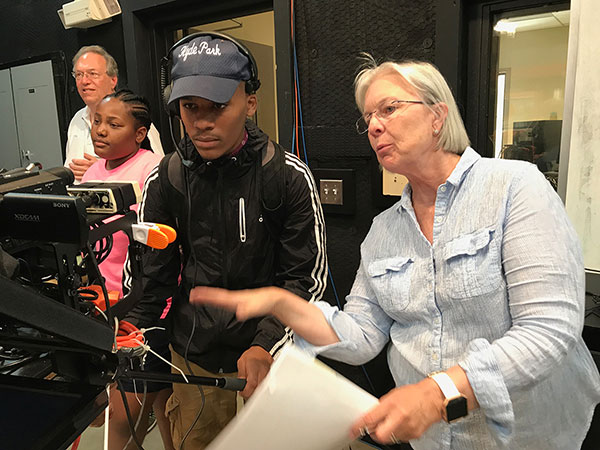 Professor Nancy Benson officially retired in December 2019, becoming professor emerita of journalism, and leaving behind quite a legacy at the College of Media.

She didn’t start out as a professor; in fact, she didn’t even know she wanted to teach.

Benson’s career began primarily in broadcast news, both radio and television. While working in Chicago as an anchor at WMAQ-AM radio news, the station changed formats, and due to a consolidation, laid off many staff members. For Benson, this was her first look at unemployment and a chance to revisit her role in the world of journalism.

“I ended up actually going to Rome, Italy, for a year where I worked for the World Food Program in their public relations/public affairs office, responding to queries from journalists about crises around the world that involved the food program,” Benson said.

The organization, a branch of the United Nations, organizes the logistics for delivery of food and supplies to people displaced by famine, war, or other humanitarian emergencies.

Benson marks this as a key moment in her life that really sparked her interest in international issues. Though she was offered another job overseas, Benson knew it was time to come back home.

“A friend I had known from the Chicago news business was teaching at the U of I and said they needed somebody for the semester to teach the TV reporting class,” Benson said. “Teaching wasn't something that I had initially thought about as a career option, but when I went to Illinois that first semester and taught the class, I enjoyed it so much that I applied for the job I was filling in.”

While at Illinois, Benson kept up her international work with a six-month Knight Fellowship. During her stint as a Knight Fellow, Benson was based in Bratislava, Slovakia, and traveled all of Eastern Europe training journalists in those emerging democracies. During her time at the University of Illinois she also spent many summers abroad in parts of Asia and the Balkans working with journalists in various developing countries. 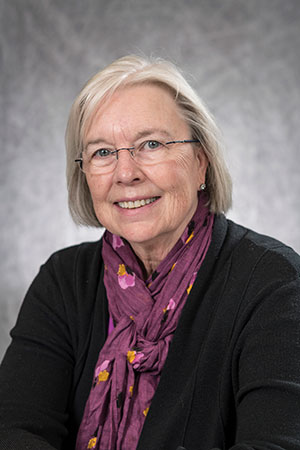 “I started thinking, ‘Well, I'm learning a lot. I'm making a lot of connections. Shouldn't the students at the University of Illinois benefit from this?’” Benson said.

During the 16-week course students spent the majority of the semester learning the different customs and media laws of the country. Benson called upon faculty members from across the University of Illinois campus, who were experts on the country the class was going to visit, to share their expertise and help the students develop story ideas.

During spring break, Benson would travel to the designated country and gather contacts for the student stories to make sure their short time in the country was as efficient as possible.

“The first year, we went to Peru and I took 12 students,” Benson said. “We traveled around Peru reporting on issues within the country—issues of poverty, issues of social isolation, issues of how descendants of the Inca weren't benefiting from all the tourism that promotes the historical aspects of Peru.”

The students collaborated with Illinois Public Media to publish the stories that they had worked on essentially the entire semester.

Benson took students to China the year before they hosted the Olympics. They reported on poverty-stricken people who were trucked into Beijing to help build the infrastructure for the Olympics. She also took students to Romania, Italy, and Turkey during other offerings of the international reporting course. Two students from the class that visited Turkey accompanied Benson on an appearance on the Chicago public television station WTTW to talk about their experience interviewing Syrian refugees who fled the war in their homeland and were living in refugee camps in Turkey. Some of those stories were published in the international New York Times.

“What I hope I've been able to do throughout all of my years of teaching is two important things,” Benson said. “One: help students understand the importance of journalism in our society. And two: take risks.”

After having such a fulfilling career, including serving as interim head of the Department of Journalism, Benson is unsure what retirement will bring.

Without the rigorous schedule of class planning and grading, Benson and her husband adopted a former racing greyhound. She is training Snowball as a therapy dog to visit assisted living facilities.

Snowball and Benson don’t exactly know where the adventure in retirement will take them, but they are excited to tackle it together.