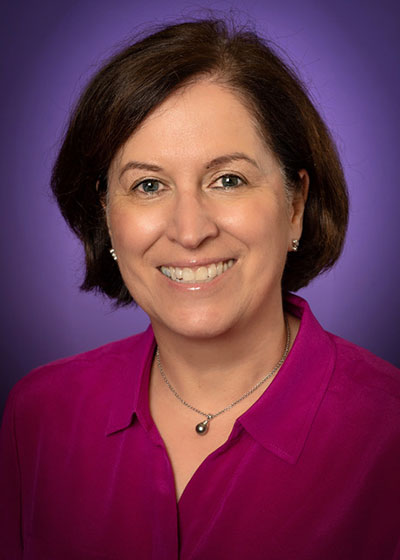 Melita Garza, an award-winning journalist, media historian, and a new associate professor and Tom and June Netzel Sleeman Scholar in Business Journalism, sees a reporter as a detective investigating a larger story. And she’s most interested in the stories that haven’t been told.

“The idea of trying to piece together the missing pages of history—that is the most fascinating to me,” Garza said. “I know that these stories have been overlooked in the past, so I want to uncover them.”

Garza is interested in how history can be used to understand current issues surrounding representation, diversity, and equity. It’s also the foundation of the class she’s teaching this fall, JOUR 250: Journalism Ethics & Diversity.

She also wants to ground the course in psychology.

With more than 20 years of experience at professional media outlets such as the Chicago Tribune, Bloomberg News in New York, and the McKinsey Quarterly in London, Garza is an expert in journalism history, media diversity, business reporting, English- and Spanish-language news, the media and civil rights, and literary journalism. For the past decade, she was on the journalism faculty at Texas Christian University.

After graduating from Harvard University with a bachelor’s degree in government in 1983, Garza began her journalism career. She was an inaugural member of Los Angeles Times’ Minority Editorial Training Program. She then worked at the Milwaukee Journal for a few years before landing a position at the Chicago Tribune.

During her 15-year tenure at the Chicago Tribune, Garza covered a range of stories that spanned city government, immigration, and big business. She did a lot of “old-fashioned reporting” before the Internet became a resource, and her investigative work on the 2001 Firestone tire failures led to a Pulitzer Prize nomination.

“It was an adventure in terms of finding out what went wrong at the tire plant indicator and how that led to potentially many deaths,” Garza said.

As a reporter, Garza was always interested in business journalism, seeing business as a very dominant influence “in defining public discourse,” she said.

She earned her MBA from the University of Chicago while working as associate editor for McKinsey Quarterly, a London-based business publication.

“Part of the problem with being a journalist is you’re always on the outside looking in,” Garza said. “And I thought that maybe I could get better insight into business if I did this.”

While in business school, she realized how much she enjoyed research and digging deeper into topics. And her peers in class encouraged her, saying she would make a good teacher.

Garza worked at Bloomberg news before pursuing a PhD in journalism and mass communication from the University of North Carolina at Chapel Hill. Her dissertation focused on a Spanish-language newspaper in San Antonio, Texas, La Prensa, which she had heard stories about from her parents. She compared La Prensa’s coverage of Mexican immigrants during the Great Depression to that found in English-language newspapers, then drew parallels to how immigration was portrayed in the news media in 2008 during the financial crisis.

This fall, in addition to her teaching, Garza will be editing a collection of essays called The Routledge Companion to American Journalism History, which she described as a re-imagining of journalism history.

She’s also working on an oral history project on how the lived experiences of journalists of color are valued or not valued in newsrooms across the country.

Garza said she’s excited to be back in Illinois, and especially getting to know more people in the College of Media.

“I'm looking forward to meeting a lot of new students from very diverse backgrounds,” she said. “I'm just super excited to be coming and meeting all of you.”