Reporting on Politics and Elections in 2022

Or register to join via Zoom.

Four of the country’s top political journalists will give a behind-the-scenes look at what it’s like to cover politics in 2022. The panelists will weigh in on the upcoming midterm elections and potential national outcomes, from the fate of President Joe Biden to the control of Congress, and more. Audience questions will be welcomed toward the end of the hour or may be submitted through the Zoom registration form.

This event is presented by the Richard and Leslie Frank Center for Leadership and Innovation in Media. 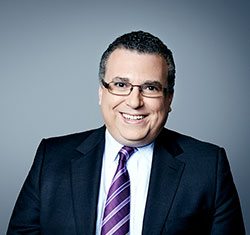 David Chalian is CNN's Vice President of Political Coverage and Political Director. In his role, Chalian oversees CNN's daily political coverage across all platforms, the polling and decision desk operations, and helps guide the editorial content for the network's special event political programming.

Chalian also plays an instrumental role in the network's daily coverage by providing on-air political analysis across the network's programs. Prior to arriving at CNN, Chalian served as Vice President for Video Programming at POLITICO where he oversaw all of the video efforts including POLITICO LIVE special events coverage and all new video program and product development. Before that, Chalian served as Washington Bureau Chief for Yahoo! News, Political Editor and on-air political analyst for PBS NewsHour, and ABC News' Political Director.

While at the PBS NewsHour, Chalian oversaw the political coverage that won the prestigious Walter Cronkite Award for excellence in television political journalism. He won an Emmy Award as part of the team that produced ABC News' presidential inauguration coverage in January 2009. 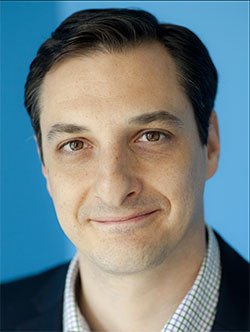 Domenico Montanaro is NPR's senior political editor/correspondent. Based in Washington, D.C., his work appears on air and online delivering analysis of the political climate in Washington and campaigns. He also helps edit political coverage. Montanaro joined NPR in 2015 and oversaw coverage of the 2016 presidential campaign, including for broadcast and digital.

Before joining NPR, Montanaro served as political director and senior producer for politics and law at PBS NewsHour. There, he led domestic political and legal coverage, which included the 2014 midterm elections, the Supreme Court, and the unrest in Ferguson, Mo.

Prior to PBS NewsHour, Montanaro was deputy political editor at NBC News, where he covered two presidential elections and reported and edited for the network's political blog, "First Read." He has also worked at CBS News, ABC News, The Asbury Park Press in New Jersey, and taught high school English. 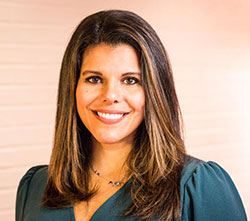 Vivian Salama covers national security for The Wall Street Journal, based in Washington. She has covered U.S. foreign policy and national security issues for nearly two decades, reporting from more than 75 countries. Most recently, she has reported extensively from Ukraine.

She has previously worked as a national security correspondent for CNN, based in Washington. Since moving to Washington in 2016, Salama has covered the White House and national politics for The Wall Street Journal, NBC News, and the Associated Press, with a focus on foreign policy. During that time, she has broken a number of major stories involving the Trump White House, including details on the president's first White House phone call with the Mexican president, details on the administration's controversial travel ban, and President Trump's interest in buying Greenland.

Over the course of her career, she has called Iraq, Egypt, Pakistan, Israel, and the Palestinian territories and the United Arab Emirates home. Before moving to Washington, Salama was Baghdad bureau chief for the Associated Press, covering the rise and fall of the Islamic State group in Iraq and Syria, as well as Iran's growing influence across the region. She also covered the refugee and IDP crisis spurred by the violence, visiting camps across the Middle East. The experience inspired Salama to write a children's book, The Long Journey Home, about an innocent Syrian boy who is forced to flee his home because of the war. 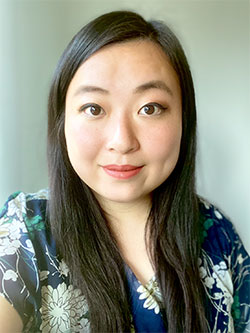 Alice Yin is a reporter for the Chicago Tribune’s metro desk, responsible for covering the ins and outs of Cook County government and the Obama Presidential Center. She is a Medill School of Journalism graduate and was a statehouse reporter for the Associated Press in Michigan before moving back to Chicago for a stint at the Sun-Times.