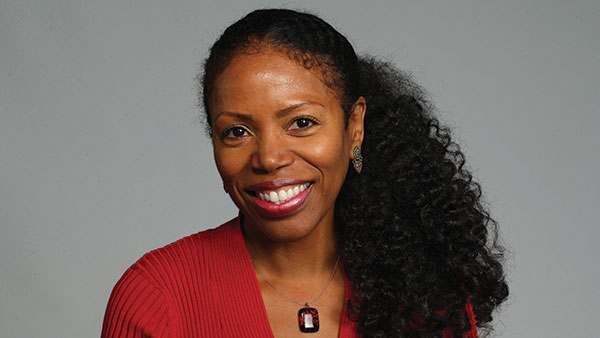 Dawn Turner (BS ’87, journalism) has covered presidential elections, reported from around the world, and helped select Pulitzer Prize winners. As impressive as her accomplishments are, Turner’s proudest moments are telling the stories of people who might go unnoticed.

A former columnist and reporter for the Chicago Tribune, Turner spent a decade and a half writing about politics, race, and class in America, and has appeared on multiple news outlets including NPR, CBS, NBC, PBS, and the BBC.

“But the most rewarding part of my work is going into communities and talking to people whose stories wouldn’t have been told otherwise.”

At the Chicago Tribune, she found herself more interested in writing about people who didn’t know they had a story to tell. “It’s humbling to meet residents, particularly in beleaguered communities, who don’t have a lot, but their immediate response is to share what they have,” she said.

It is in this spirit of sharing—and a desire to inspire others—that Turner established the Dawn M. Turner and Kim D. Turner Endowed Scholarship in Media. The fund, which honors Turner’s late sister, supports undergraduate scholarships and experiential learning opportunities for College of Media students with a demonstrated financial need, giving preference to African American students.

Turner hopes to inspire students to seek out untold stories of their own, to counteract the negativity we often see in the media.

“It is so important that various groups of marginalized people see themselves in a positive way,” she said. “But my lens is trained on African Americans, and my concern is that we tell stories that both show black folks as heroes, as well as tease out the complexity of our challenges.

“That’s our job as journalists. It’s not to be fed what people want us to consume. Our job is to do the hard work. It’s one thing to tell a story when you parachute in where something bad is happening. But what is the story behind that? Is there a community that is torn at the seams? How do we tell those stories? How does this inspire someone to action?”

Turner sees her gift as one way to help support and encourage students in this kind of work.

“Ultimately, I’d like to help create an army of journalists who are dedicated to pushing back on stereotypes and negativity,” she said. “I’d like to lift up a new generation of storytellers who worked hard to learn the craft, who know how to interview and fact-check and put together a compelling piece. Whether it’s investigative reporting or feature writing, I’m hoping to inspire students who can help change the narrative.

“It’s encouraging to have our voices and our stories out there in different ways. I’m inspired right now, and when I started to think about what I could do, this gift was front and center. I wanted to do something substantial that would be a part of my legacy and my sister’s.”

To contribute to the Dawn M. Turner and Kim D. Turner Endowed Scholarship in Media, email media-giving@illinois.edu or call 217-244-5466.