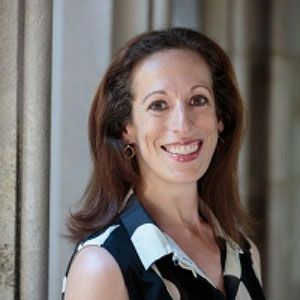 Allyson Nadia Field is Associate Professor of Cinema and Media Studies at the University of Chicago. Field’s scholarship investigates the functioning of race and representation in interdisciplinary contexts surrounding cinema.

Her research focuses on African American film, both silent era cinema and more contemporary filmmaking practices, and is unified by two broad theoretical inquiries: how film and visual media shape perceptions of race and ethnicity, and how these media have been and can be mobilized to perpetuate or challenge social inequities. Her work is grounded in sustained archival research, integrating that material with concerns of film form, media theory, and broader cultural questions of representation. She is the author of Uplift Cinema: The Emergence of African American Film & The Possibility of Black Modernity (Duke University Press, 2015).

Field is also, with Marsha Gordon, co-editor of Screening Race in American Nontheatrical Film (Duke University Press, 2019) and with Jan-Christopher Horak and Jacqueline Stewart, co-editor of L.A. Rebellion: Creating a New Black Cinema (University of California Press, 2015). Her current book project, tentatively titled Minstrelsy-Vaudeville-Cinema: American Popular Culture and Racialized Performance in Early Film, seeks to reframe American film history through the lens of racialized performance, tracing the development of tropes, themes, and practices from minstrelsy to the vaudeville stage and motion picture screen. In doing so, it attempts to make legible the functionings of minstrelsy’s forms within American cinema, understand its complex negotiations of race in a rapidly changing social order, and explore moments of creative resistance to its dehumanizing portrayals of African Americans. In support of this project, Field was named a 2019 Academy Film Scholar by the Academy of Motion Picture Arts and Sciences.