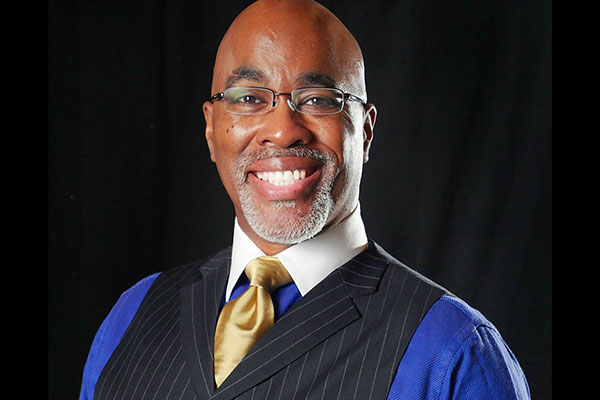 Jason P. Chambers, associate professor of advertising, first became interested in history from his eighth grade teacher. Since then, he has dedicated his career to history, specifically on race and ethnicity and advertising.

“[My teacher] was a wonderful storyteller and really brought history to life,” Chambers said. “As a result, I wanted to follow the example that he set and teach others the importance of history to the understanding of the modern world.”

Chambers and Ann Reisner, associate professor of media and cinema studies, were just appointed by Dean Tracy Sulkin as inaugural College of Media Dean’s Fellows for the 2020-2021 academic year.

In this position, Chambers will serve as the college’s senior diversity officer, and his projects will include leading initiatives to improve the college environment and create programs that will recruit and retain a diverse faculty, staff, and student body. He will also organize workshops and participate in college committees, including the Diversity Committee.

“I think it’s outstanding. I think it’s a wonderful program for our college to have incorporated,” Chambers said. “It’s something that some of the larger colleges do, and so I think Dean Sulkin has really provided real leadership in giving us this opportunity to work in these areas of interest to add to what the college is able to do administratively. It’s a wonderful opportunity.”

Specific projects will be developed this year. He said that he’s very excited for the opportunity to lead the college in these areas of strategic importance, which were identified in the college's strategic plan.

“I think I’m most excited for the opportunity to participate in the conversation as well as kind of lead the discussion as to what will be the opportunities for the College of Media to advance in areas of diversity and inclusion,” Chambers said.

His course specialties include advertising history, foundations of advertising, and race and ethnicity in advertising. Although he’s never actually worked in advertising, Chambers said that he was always very interested in commercials, which made him pursue that area as a researcher.

“Even as a kid, I can remember sitting down and actually watching the commercials rather than rushing to change the channel,” Chambers said.

Chambers attended Ohio State University for his undergraduate degree in history and ethnic studies. He also went to OSU for his master’s and PhD in history and U.S. history.

Chambers has presented his research both nationally and internationally, with published work in the U.S., Asia, and Europe. He has also spoken at gatherings for academics throughout North America and Asia.

He’s appeared on the History Channel and has been featured on media sources like Advertising Age, Adweek, CNN, Forbes, the New York Times, and more.

Chambers also served as the head of the Advertising Division of the Association for Education in Journalism and Mass Communications, which is one of the largest organizations for advertising educators in the U.S. He has also worked with national nonprofits and advertising agencies about multiculturalism and diversity.

His first book, Madison Avenue and the Color Line: African Americans in the Advertising Industry, was published by the University of Pennsylvania Press in 2008. His most recent published book is Building the Black Metropolis: African American Entrepreneurship in Chicago.

Chambers is currently working on a biography about Tom Burrell, a marketing communications pioneer and the founder of Burrell Communications Group.